6 ways the Czech Presidency of the EU can contribute to a Europe that protects, welcomes and empowers

In July 2022, the Czech Republic assumed its second presidency of the Council of the European Union, where it will have the pivotal role of setting the EU’s focus and priorities for the latter half of 2022.

With a record 274 million people worldwide in need of humanitarian assistance, and more than 100 million people displaced from their homes, it's critical that the Czech Presidency puts the rule of law, protection and fundamental rights at the heart of its agenda.

Here are six ways that the new Czech Presidency of the EU can contribute to a Europe that protects, welcomes and empowers:

Galvanise EU action on growing global hunger as a priority in the 6 months ahead. With the food security crisis in East Africa projected to be the deadliest this century, ensure member states ramp up flexible funding to provide immediate aid to all who need it now, while scaling up financing and engagement to mitigate against future shocks. 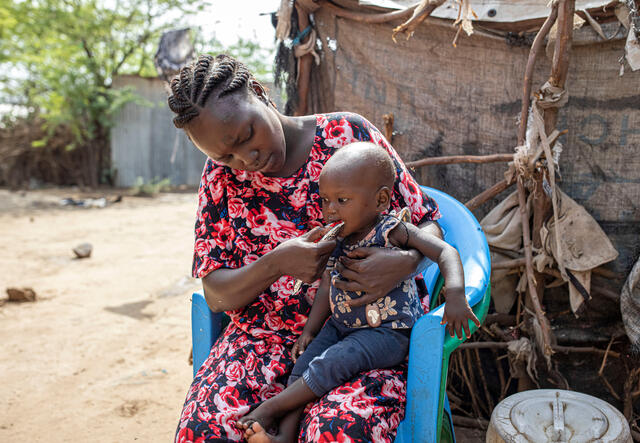 Judith, 27, feeds her daughter Vanessa peanut paste provided as part of her treatment at an IRC-run nutrition centre in Kakuma refugee camp, Kenya.
Photo: Patrick Meinhardt for the IRC 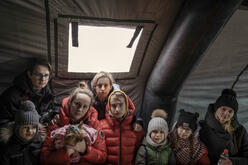 Ensure sustained support for the reception, protection and inclusion of refugees fleeing Ukraine and beyond – without discrimination. This will require:

3. Not forget the growing crisis in Afghanistan 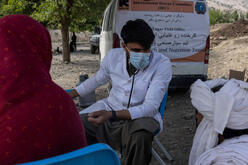 An IRC doctor tends to the wounded following the recent earthquake in Afghanistan.
Photo: Stefanie Glinski for the IRC

Galvanise a solid, long-term EU response to address the collapse of Afghanistan’s economy resulting from policies of economic isolation. The economic crisis is now the primary driver of persistent food insecurity threatening the survival of nearly 20 million Afghans and pushing humanitarian needs to record levels.

To safeguard the lives and livelihoods of innocent Afghans, the EU must: 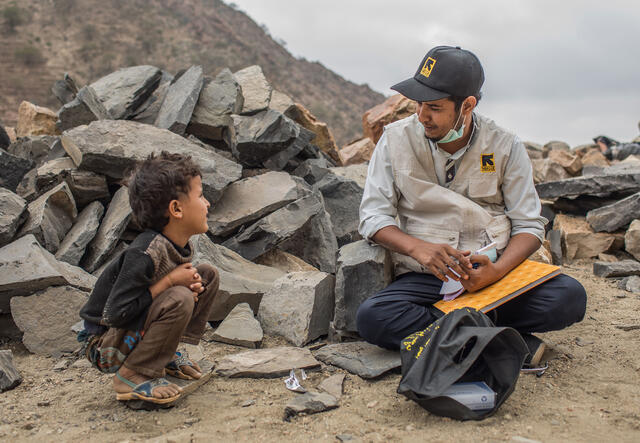 The IRC sends mobile teams to provide medical care in the most remote areas of Yemen.
Photo: Kellie Ryan / IRC

Uphold the right to asylum across Europe no matter how or from where people arrived, kickstart resettlement by achieving an EU-wide commitment to resettle at least 40,000 refugees next year, and put refugee protection and solidarity at the heart of negotiations on EU asylum reform. 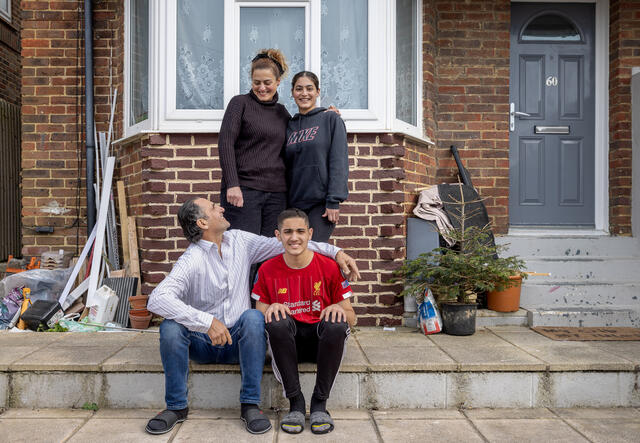 Chadia arrived in the UK in 2016 with her two children after fleeing Syria, joining her husband.
Photo: Betty Laura Zapata for IRC

Protect the rights and dignity of people on the move beyond EU borders. With more than 100 million people displaced from their homes worldwide, the EU must expand safe and legal pathways to protection and develop meaningful migration partnerships that protect peoples’ rights and promote economic well-being and self-reliance. 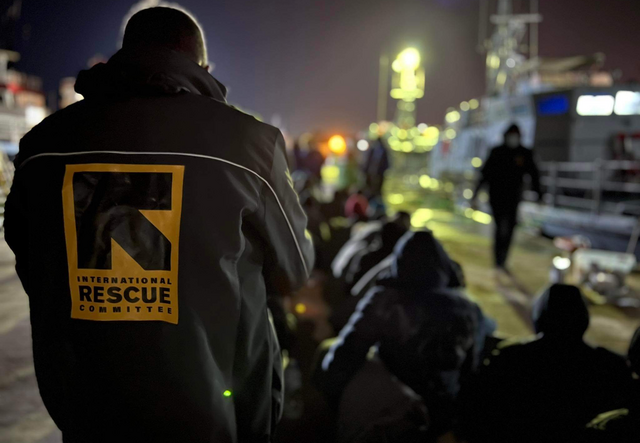 An IRC doctor during a rescue at sea operation at the Tripoli Port in Libya.