Crisis in Somalia: Catastrophic hunger amid drought and conflict

Somalia now ranks at the top of the International Rescue Committee’s Emergency Watchlist. Here are five reasons why the country could face the world’s worst crisis in 2023.

For the first time ever, Somalia is pushed to the top of the International Rescue Committee (IRC)'s Emergency Watchlist, as a devastating drought, coupled with the effects of three decades of conflict, have created a catastrophic food crisis.

The IRC has produced an annual Watchlist for over a decade. Our Crisis Analysis Team consolidates 67 variables and reviews them alongside insights from the IRC’s over 40,000 staff and volunteers to identify the 20 countries at greatest risk of experiencing a significant deterioration in their humanitarian situations over the year ahead.

Somalia is in the midst of its fifth consecutive failed rainy season. By mid-2023, over 8 million people - nearly half of the population - will be living through crisis levels of food insecurity as the country faces an impending famine.

What does a food insecurity crisis or “impending famine” in Somalia look like?

Food crises do not happen overnight. By the time institutions like the IRC start talking about a “food insecurity crisis” or “impending famine,” a catastrophe is already underway. Immediate action is needed to avoid mass deaths. Children are already starting to die because their parents cannot give them enough food to survive.

People are forced to make impossible choices. For example, they are having to skip meals, marry off children, or sell their own bodies in order to get enough money to survive. Children are also more susceptible to common diseases as their bodies are weakened from a lack of nutrition.

In Somalia, over 200,000 people are facing catastrophe-levels of food insecurity - the most severe designation there is. People are starving to death each day, and they are in physical pain from hunger. Their bodies cannot fight off diseases like diarrhea, measles or malaria, with children often dying at twice the rate of adults.

Why is Somalia facing an impending famine?

This is no “natural disaster.” Human-caused climate change has increased the frequency and severity of droughts, decades of conflict have significantly eroded the country’s institutions, and the combined damage to Somalia’s domestic food production have made the country dangerously reliant on imported grains - specifically from Ukraine and Russia. 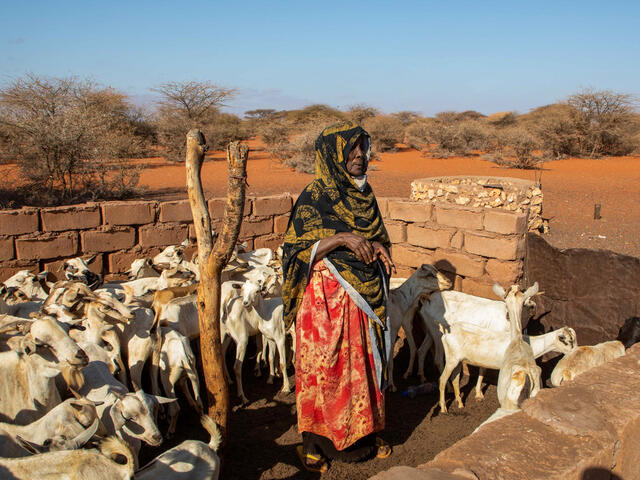 “All of this is happening against the backdrop of a deteriorating social safety net and a frail healthcare system. Together with my team, we’re working hard to provide critical health services to vulnerable communities.”

Hundreds of thousands at risk of starvation

While droughts occur periodically in East Africa, human-caused climate change likely explains the duration and severity of the current crisis, which has devastated crop production and made it near impossible for herders to find food for their animals.

In just one year, the number of people in Somalia facing the highest levels of extreme hunger has increased 91%. With poor rains forecast to persist into 2023, even more Somalis will be unable to access enough food.

Many will be forced to leave their homes to seek humanitarian assistance in urban centres or across the border in Kenya and Ethiopia.

Already at the end of 2022, 3 million people were internally displaced, and at least 20,000 Somalis had crossed into Kenya. 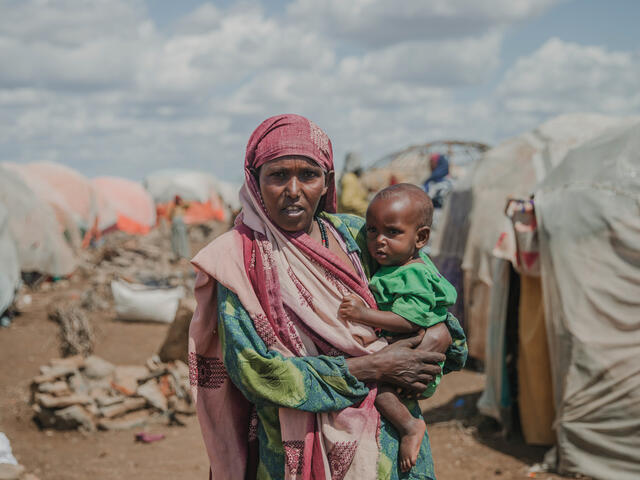 Owliyo, 40, with 1-year-old daughter Hassen, at Daryel Shabellow IDP camp, Somalia. Increasingly, the drought is driving people to established camps and informal settlements as they seek assistance and safety.
Photo: Martha Tadesse for the IRC

Somalia is dangerously reliant on food imported from Russia and Ukraine

Somalia now produces less than half as much food as it did before the country collapsed into three decades of conflict.

Ongoing fighting and the climate crisis have left the country dangerously reliant on imported food, with over 90% of wheat supplies coming from Russia and Ukraine.

Record-high increases in the prices of staple crops on the global market have made it even harder for Somalis to afford enough food for their families.

Years of war have destroyed the systems and infrastructure that would have provided a guardrail against climate and economic disaster.

Rather than cooperating to mitigate the impacts of drought, parties to the conflict have escalated it: in the third quarter of 2022, the country experienced its highest levels of conflict-related fatalities in five years.

Humanitarian organisations operating in Somalia have limited ability to enter and operate in areas controlled by non-state armed groups, and an escalation in violence in late 2022 suggests conflict may continue to intensify in the coming year. There are reports of food deliveries being burned and water sources being poisoned or destroyed.

All of this puts severe constraints on humanitarian efforts to address people’s needs, not just food delivery, but also medical care, water and sanitary health services, and more. 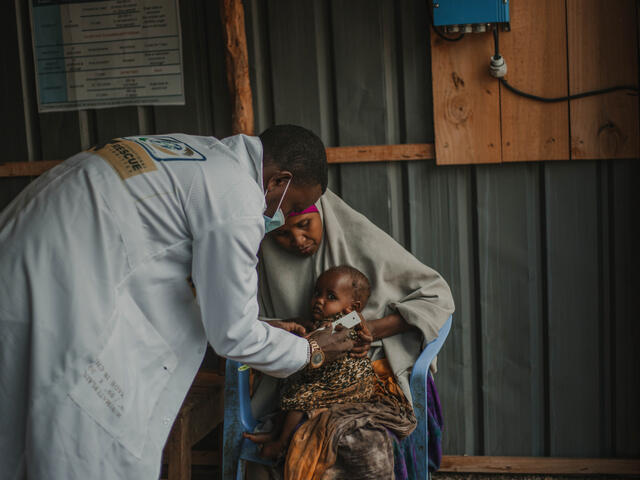 Jyju, 24-month old baby of mother Luley, receives service at Danwadag Health Centre. IRC clinics in Somalia are seeing a concerning rise in the number of severely malnourished children under the age of 5 who need treatment.
Photo: Martha Tadesse for the IRC

Year-on-year underfunding of the humanitarian response in Somalia has significantly hindered the ability of humanitarian actors to fully respond to urgent needs. The U.N.’s 2022 Humanitarian Response Plan is only 55% funded - approximately  $1 billion (USD) short. Sectors critical to an effective response to the crisis - particularly health and water, sanitation and hygiene - are funded only 60% and 28% respectively.

How is the IRC responding in Somalia?

The IRC has been operational in Somalia since 1981, where it currently supports communities in Galmudug, Southwest, and Puntland states, as well as in the Banadir (Mogadishu) region. The IRC’s staff in Somalia are scaling up programmes to address the current drought and rising food insecurity, and we are expanding to new areas to meet severe needs. 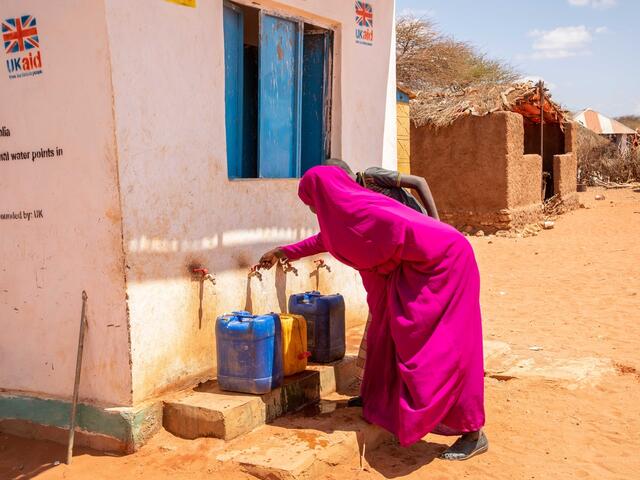 Fadumo, who has lived in Godobyar village for 30 years, collects water at a well recently installed by the IRC. For the last few years residents have coped with a severe water shortage.
Photo: IRC

We provide health, nutrition, water, and sanitation services; women’s protection and empowerment; and cash assistance to drought-affected populations across the country.

How can I help in Somalia?

Donate now to support the IRC's life-changing work in Somalia and worldwide. We are on the frontlines providing critical aid to crisis-affected people in more than 40 countries, including places on the 2023 Emergency Watchlist.

Read more about the top 10 crises the world can’t ignore in 2023 and download the full 2023 Emergency Watchlist report for profiles of all 20 crisis countries on the IRC's list.

*Some names have been omitted for privacy and safety reasons.