When refugees and asylum seekers are given the opportunity to contribute socially, culturally and economically it benefits everyone - both new arrivals and the countries offering them a new home.

We are pleased that the European Union has launched its new Action Plan on Integration and Inclusion - a strategy which will influence policy and funding on integration for at least the next seven years.

This new plan takes on board a number of the IRC’s recommendations. These include providing funding for projects and supporting service providers that help refugees overcome obstacles to integration, including through building partnerships with local communities and sharing best practices and resources.

But what do these initiatives look like in practice?

All four of them have actively participated in the IRC’s European Resettlement and Integration Technical Assistance (EURITA) project - an EU-funded programme which provides training and resources to the people working to put its integration policies into practice.

Here they tell us what integration means to them, and how projects like EURITA can support them in their work to help refugees settle into their new communities.

Dessislava coordinates a range of integration-related projects and partner activities for refugees, asylum seekers and migrants. These include Bulgarian language classes, vocational training, cultural and social orientation, and a mentoring programme, which matches refugees and asylum seekers with locals from Sofia.

Her team also runs two social enterprises. The first is an art studio which aims to support migrant and refugee women to develop their skills, create handmade products, and earn an income. The second is a small restaurant run by a refugee family which helped to provide food to elderly people during the COVID-19 pandemic. 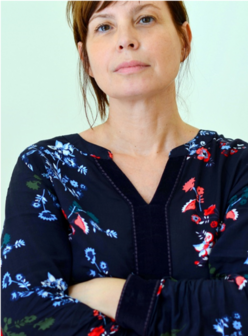 Dessislava and her team work hard to create a place where refugees and asylum seekers feel accepted. They have participated in a number of EURITA training activities since 2018, and use its resources as a base from which to start planning new projects. Dessislava feels that her team’s work has become more structured and professional because of their participation in EURITA activities.

In the future, she would like the EU to play a bigger role in supporting policies which are explicitly anti-discriminatory, and which give refugees and asylum seekers equal opportunities to participate in their communities without fear of exclusion. 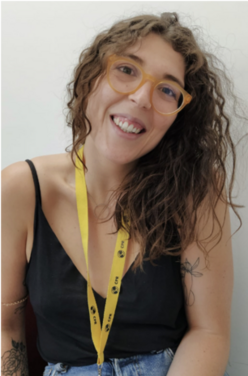 Rita sees her role as one of a guide for refugees, rather than making decisions on their behalf.

Rita’s current job involves case management and supporting resettled refugees as they move to their new communities. She thinks helping people find stability and safety is invaluable, as is the mutual exchange that follows: “There is a lot that refugees need to learn, but we also learn a lot from them”. Rita sees her role as one of a guide for refugees, rather than making decisions on their behalf.

She has participated in several EURITA webinars since 2018 and found its resources invaluable. The support from EURITA’s network of practitioners has been particularly welcome: “Being able to share our struggles and how we overcome these challenges with different colleagues has been very enriching.”

Rita believes that authorities across Portugal should be doing more to support refugees, particularly with respect to accessing employment and housing, and hopes to see greater efforts being made in community engagement in future.

As a Reception and Resettlement Officer, Alexandru helps to implement the resettlement programme in Romania, a legal pathway to migration for the most vulnerable. Along with UNHCR, he is part of the team that identifies refugees who are most in need of being resettled overseas and facilitating their reception in Romania. 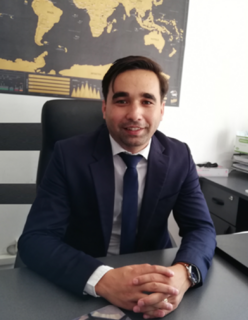 Alexandru is part of the team that identifies refugees who are most in need of being resettled overseas and facilitating their reception in Romania.

Alexandru’s first engagement with the EURITA project was in 2017, which helped to give him a holistic view of resettlement processes across the world. He has since participated in two training activities, including a delegation visit to the US to learn more about how the resettlement process works there with a focus on the importance community engagement plays in facilitating integration and inclusion

Alexandru and his team see the EURITA website as a valuable source of information for new ideas and solutions to challenges they face, and the training sessions have enabled him to make important professional connections with practitioners across Europe.

Mariana works for the Red Cross in Sofia where she has played an important part in preparing Bulgaria to resettle Syrian refugees. She now works as the Head of the Refugee Migrant Service. 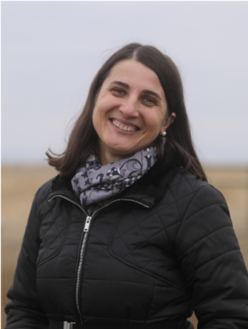 Mariana and her team run an information and integration centre in Sofia, manage integration activities, and provide psychological and administrative assistance to asylum seekers, refugees and migrants in Bulgaria. They also run awareness raising campaigns about refugee arrivals and the positive contribution they bring to their new communities.

Mariana enjoys seeing refugees successfully build a new life for themselves, which she finds both rewarding and moving. She also appreciates meeting practitioners working on the same issues in different countries through opportunities like those offered by the EURITA project. She describes the project as “really valuable technical support which should be permanent, [since it] connects [practitioners to] good practice across Europe”.

Mariana hopes that Bulgaria will become much more engaged in the resettlement process in future, and that more permanent forms of funding will open up to create stability for organisations like the Red Cross which aim to support refugee integration.