Baby Enqath was born into the world’s worst humanitarian crisis. With enduring conflict, now compounded by the spread of COVID-19, Yemen has become one of the toughest places to be a child.

I just wish they could go to school and have a job when they grow up.

Enqath now lives with her two siblings in a displacement camp in the Al Dhale’e region, after her family fled their home to escape war.

It is against a backdrop of conflict and poverty that Enqath entered this world. But for Bodor, Enqath’s birth remains a miracle. 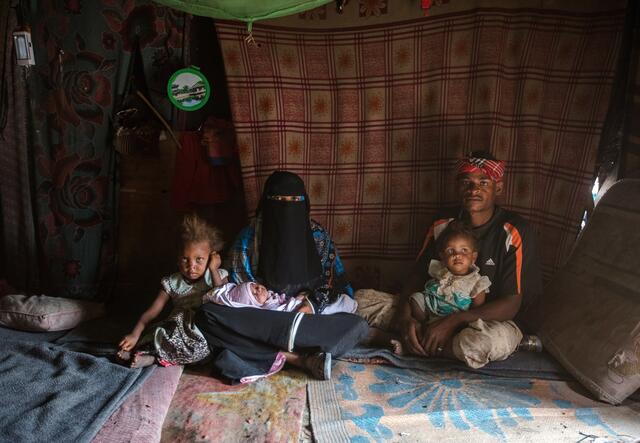 Bodor, 28, holding her baby daughter Enqath, sits with her husband and two children inside their tent.
Photo: Ameen Al-Ghabri/IRC

Like many women in Yemen, Bodor could not afford treatment at a hospital – or even the journey to get there. And yet she knew that her birth would be risky.

“I was anxious about running out of blood as I had anaemia,” Bodor recalls.

The IRC provides mobile health teams that drive around to displacement camps and remote areas of Yemen to offer healthcare, including maternity services. 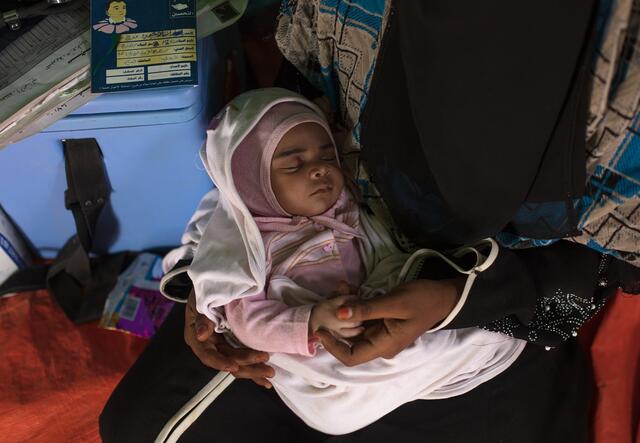 Baby Enqath was born into the world's worst humanitarian crisis. Today in Yemen, four in five children – around 12.3 million – are in need of humanitarian aid.
Photo: Ameen Al-Ghabri/IRC

Bodor is one of the many women that has been supported by Samya and the team during her birth.

“Bodor couldn’t afford to go to the hospital, so we came to her. During the labour, Bodor was exhausted, so we helped her,” Samya says. “Even after having the baby I was worried because she’d lost a lot of blood and she has anaemia.”

Thankfully, Bodor regained her strength and made a full recovery. Bodor named her daughter Enqath, meaning ‘rescue’ in Arabic, as a way of saying thank you to Samya and the International Rescue Committee. 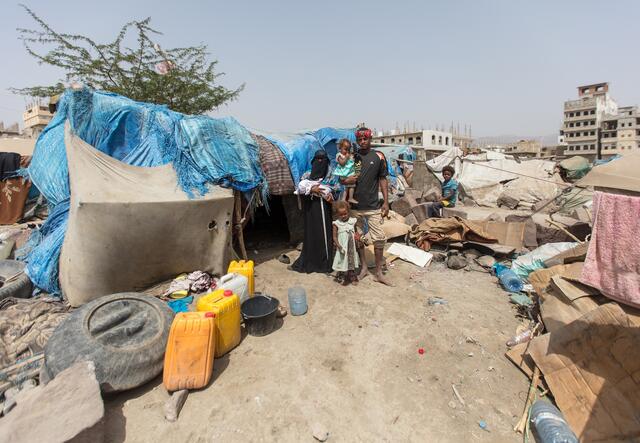 Bodor now lives with her family in a displacement camp in the Al Dhale'e region, after being driven from their homes by conflict.
Photo: Ameen Al-Ghabri/IRC

Despite her baby’s safe arrival into the world, Bodor still fears for her children’s future.

“I am afraid that harm will come to my children,” says Bodor, “I just wish they could go to school and have a job when they grow up.”

The situation for families like Bodor’s is dire. Yemen’s five year conflict has drained the economy – today 80% of the country's population is reliant on humanitarian aid. In the face of COVID-19, food prices have skyrocketed and the country’s already-depleted health system is overwhelmed. 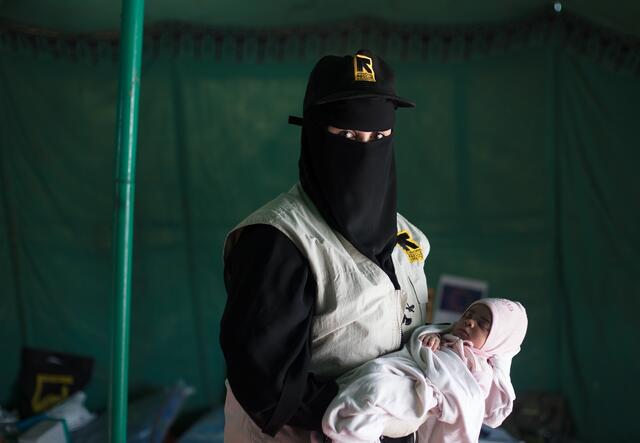 Bodor named her daughter Enqath meaning ‘rescue’ in Arabic, as a way of saying thank you to Samya and the IRC.
Photo: Ameen Al-Ghabri/IRC

“There is need for education. Many IDPs children do not go to school as they can’t afford it,” says Samya.

“I am also worried about diseases like COVID-19 and cholera. Many people have died of the cholera outbreak here in this camp.”

“We want peace and I wish we could control the disease outbreaks. I think women need to enjoy their rights. They suffer the most of life’s burdens.”