Our work in Greece

Lia Mocka is the Gender-Based Violence Specialist for the International Rescue Committee in Greece. Born in Albania, she moved to Greece when she was nine years old and andis a passionate feminist, working to ensure refugee women are protected and enabled

I do yoga before each session with the police officers... when they first attend one of our trainings on issues surrounding gender-based violence, there can be a lot of sexism and we have to do a lot of myth-busting. It requires a strong mind, and a trainer who won’t get angry and be open to moving with the discussions. Some people begin the day stressed but after some role play, we've had some police officers in tears!

We know that when women are displaced, their risk of facing violence increases. With no long term planning on how to address the overwhelming situation in Greece, it is no secret that the circumstances are not exactly helped by the authorities. They are supposed to provide protection to the many refugees and asylum-seekers who have come to our country, but without the specialist knowledge about what they have been through, people are often left to fend for themselves.

My job with the International Rescue Committee is to dispel negative attitudes and provide knowledge and strength to the individuals who are on the frontlines of the deepening crisis. I am a feminist. This is my lifestyle - not just a job - and just knowing that I am helping to achieve some kind of protection for the women and girls currently caught in the terrible situation on the islands gives me hope. 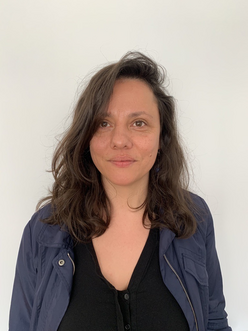 Lia Mocka is the Gender-Based Violence Specialist for the International Rescue Committee in Greece.

I remember meeting a very brave woman when she was 22 weeks pregnant and suffering from a sexually transmitted infection. While her son waited outside the room, she confided in me. She told me that as the boat arrived in Lesvos the smuggler she had paid to bring her to safety held her back. “There’s a reason for this,” he said, leading her and her son away. She told me that this man had raped her, a pregnant woman, with her son watching. She was devastated and showed such strength in speaking to us.

We gave her medication, I worked with her on a plan on caring for herself and her baby and connected her to organisations that could help inform her of her rights. Some time later, she emailed me from a new place, with news that she had given birth to a beautiful, healthy baby girl. I cannot describe how this felt to hear; she had overcome huge challenges on her journey and began to heal along the way. Teaching people about violence against women can be an extremely lonely job; it is often traumatising for the staff as it is for the women who go through such pain. Hearing positive stories like this, ones where the women are healing and have become leaders in their own lives... it is incredibly motivating.

One of the many refugee families currently remaining in Lesvos.

The most powerful thing a woman can do is inform herself of her rights. But many women on Lesvos do not know they have any and are unable to speak up about the violence they have endured. The IRC is partnering with a local organisation that protects women in the camps. They tell us that although women come forward with stories of rape or beatings, there are many more stories that they are certain they don’t hear. All too often, women are afraid of coming forward and abuse is under-reported. I am certain there are thousands of women who haven’t come forward and need our support to heal.

The Greek government - and governments across Europe - need to acknowledge the risks facing refugee women and girls on the Greek islands. The strain on the services provided means that the authorities are often very slow to respond. It makes my heart hurt when I think about how long it takes for a rape survivor to be seen. Much more funding is needed to relieve the pressure and ensure that our work to train the police officers and the social services to be able to identify vulnerable women can continue and women can get the support they so urgently need.

I was born in Albania where I grew up like many of the refugee women I meet, believing that women had to obey men and not fully understanding why. It wasn’t until I first came to Greece at the age of nine when I saw that there was a different way of life. That is why my feminism is ingrained in my very spirit and why it is so important to me that women and girls trapped in Greece are given the opportunity to understand that they too have rights. I think back to the woman I met on Lesvos and how she was able to continue her journey and grow powerful with each step she took. Women can go to university, they can become leaders, they can take care of their children. It is up to us to give them the space to heal.