It’s been three weeks since Wahida made the perilous journey across Mediterranean Sea with her two sons to Lesvos, an island in Greece, from Turkey. The memories of the crossing are raw and vivid.

“I cried, my children couldn’t stand to see me crying, but they know that I would do anything for them. They agreed with my decision – we had no choice but to go – they knew we had no future in Iran.”

“Maybe 100 times we tried to get into a boat – everyone wanted to get in. We spent two nights in a forest waiting, with no food, no water, nothing. The children could have died. Everyone was running for their lives. The only thing we were thinking was ‘we must get in that boat.’”

Everyone was running for their lives. The only thing we were thinking was ‘we must get in that boat.’”

Eventually, Wahida, Puria and Neema made it into a dinghy with 32 other people.

“Our boat hit a rock, it was punctured and letting in water. We were terrified. Our hearts were pounding. We were in the middle of the sea, we couldn’t do anything. Everyone was crying and praying. I told my children – ‘we are not going to die, God will protect us.’ God listened to our calls! We made it… we made it.” 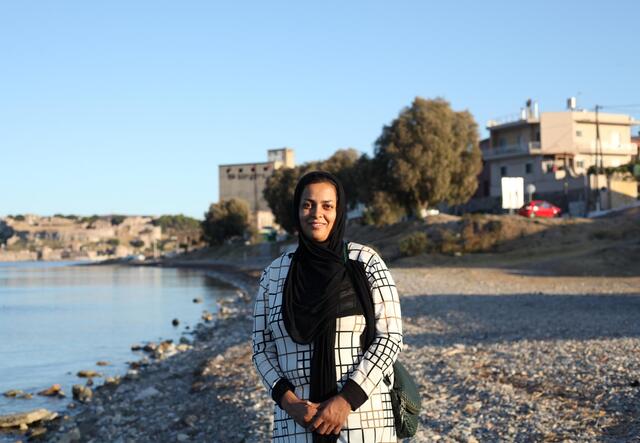 Arriving in Lesvos, Wahida and her sons burst into tears. “Another boat rescued us. When they found us we hugged each other, my son’s said to me: ‘it is because of you mum, that we made it here. Thank you – for being with us and giving us the energy to go on.’”

“I had to do what I had to do, I didn’t have a choice,” Wahida explains affirmatively. “I thought, either we die or we are free and I was ready to die to give my family a future.”

Wahida was born in Afghanistan but fled to Iran when she was 12 years old after her father tried to make her marry a member of the Taliban. 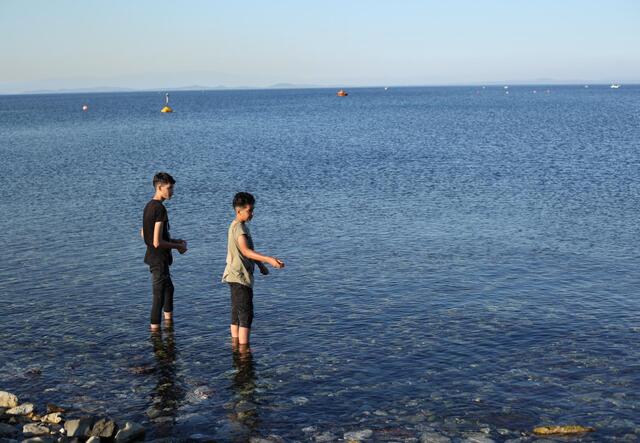 But life in Iran came with its own challenges. Wahida and her husband faced discrimination for being Afghan. They struggled to get access to healthcare and the job market.

“Puria has a serious heart and lung problem, his medical problems made it impossible to live in Iran. Sometimes we would have to sleep in parks as we couldn’t afford rent. We all suffered a lot.”

Desperate to escape Iran and find a better life for her sons, Wahida and her two sons, 15-year-old Puria and 10-year-old Neema, left her husband behind with her young son, and came to Turkey and paid smugglers to get them to Lesvos.

“To be in Moria is to be in danger,” Wahida explains. “You can try to imagine it – but the reality is much worse. There are no facilities, nothing – no food, no places to stay, there is nothing.”

Wahida and her sons slept out in the open for 18 days. Puria’s health deteriorated quickly in the harsh conditions and the family were eventually moved to Kara Tepe, a camp for families and vulnerable adults where the IRC provide clean water and do building repairs. The work is crucial to helping to give refugees a sense home when theirs has been taken away. 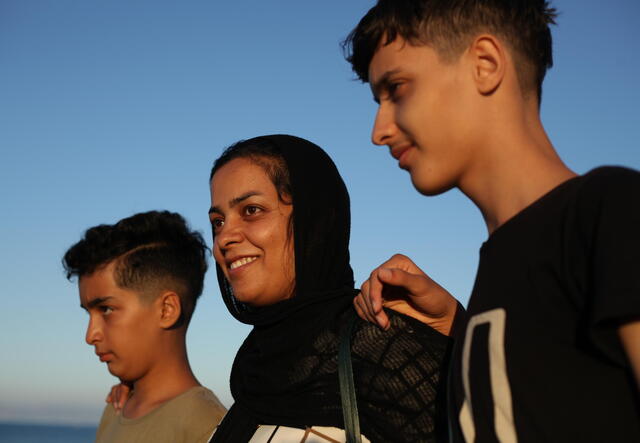 Wahida’s now able to get her son the medication she needs. “The first thing I want is for my child to get better. I just want him to be well and to be happy. When he gets better my life will get better. It is hard enough for a mother even if her child has a headache. Imagine going through this for 14 years.”

“The first thing I want is for my child to get better.”

Wahida’s now hoping that her husband and youngest child will be able to join her and her sons – and is determined to carve out a brighter future for her family.

“I want people to understand, I have been through a lot. I had lost hope, I have brought my children this far. I have done my best. If this country will help me, I will repay them over and over. I just want the best for my family.”