In photos: Syrians brace for a bitter winter as violence intensifies

The humanitarian situation in northwest Syria is at a breaking point. The latest escalation of violence in Idlib province has uprooted more than 235,000 people from their homes, including more than 60,000 children.

Plummeting temperatures threaten to exacerbate an already dire situation for thousands of families. These photos taken by photographer Abdullah Hammam show the desperate conditions Syrians face as they brace for a bitter winter. 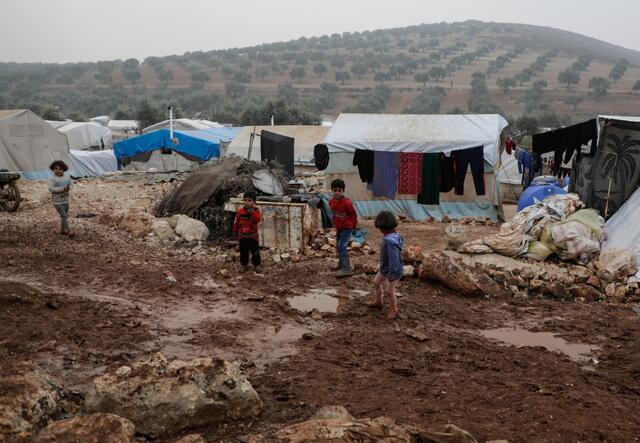 Children walk in the mud after heavy rainfall in village of Qah on the outskirts of northern Idlib. Frigid wind and rainstorms have affected thousands of people. The official displacement camps have been at capacity for months, and most of the 400,000 people forced to flee in the spring are living in informal and overcrowded settlements that lack clean water, sanitation and health care. 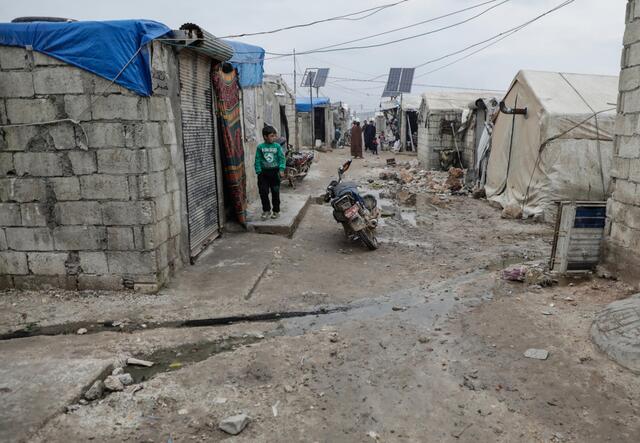 A Syrian boy walks in a settlement sheltering 120,000 families near the town of Deir Hassan. Many of the newcomers fled from the recent airstrikes in southern Idlib.

“The people of Idlib have lived under the threat of bombing and shelling for nearly nine years, and they are once again fearing for their lives,” said Rehana Zawar, the IRC’s country director for northwest Syria. 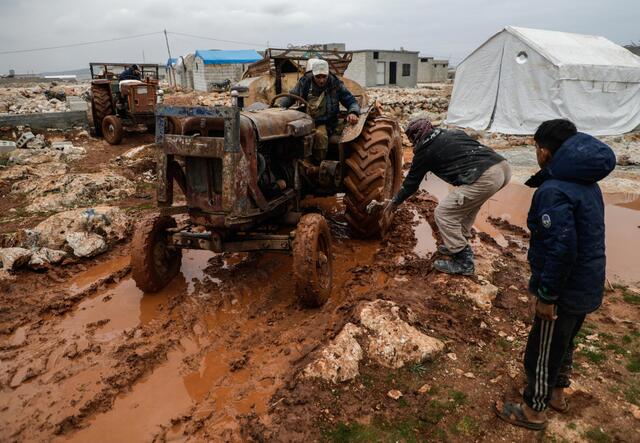 A tractor carrying drinking water for displaced families in Deir Hassan gets stuck in the mud. According to the IRC, the most urgent needs among families are food, shelter, health care, fuel and warm winter clothes. The IRC is providing emergency cash to the most vulnerable families to help them meet their most pressing needs. 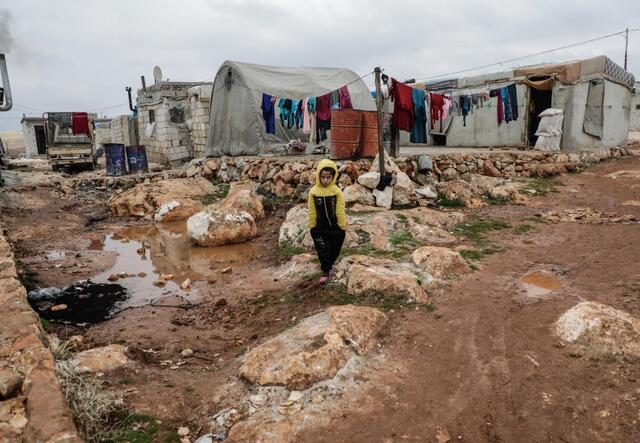 The IRC is extremely concerned about the increasing risks to children in Idlib. There have been reports that thousands of people – including children – are living in the open air under olive trees. Eleven percent of children who visit IRC-supported health clinics are suffering from acute malnutrition, according to our partners.

"Doctors we work with on the ground have told us that they see babies with malnutrition on a daily basis and that every month they’re treating children suffering from mental health issues as a result of the violence they’ve experienced," Zawar said. 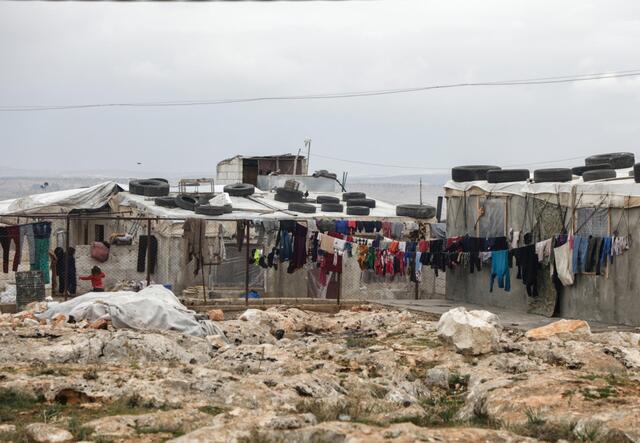 The IRC warns that a further 400,000 people may flee in the coming weeks if the bombardment continues, creating the largest displacement inside Syria since the conflict started nearly nine years ago.

More than three million people are estimated to be living in Idlib. 1.4 million have been displaced from previous waves of conflicts. Some 63,000 people are living in official camps while more than 664,000 are sheltering in informal settlements. The majority of those who were recently displaced are staying in public buildings such as schools and mosques, which have become overcrowded.

"Many of the newly displaced families have no choice but to camp out in the open where temperatures drop close to zero when night falls," Zawar said.

Our response in Idlib

The IRC and its partners support 12 static health facilities and six mobile health teams in Idlib province. We are providing emergency cash of up to $120 to the most vulnerable families in northern Idlib to help them pay for food and other essentials; we are also providing critical aid to vulnerable women and girls, the elderly, pregnant women and others who need special care.