Seventy years after the 1951 Refugee Convention, who hosts the most refugees?

In 1951, world leaders from 145 countries made a pact to protect people fleeing violence and persecution. The Refugee Convention was a direct response to the horrors of World War II, when the displacement of millions shed light on the need for international cooperation to support refugees.

Today, the founding principles of this critical convention are in jeopardy. Despite being key to the Refugee Convention’s creation, some of the world’s wealthiest countries have shut their doors to refugees, turned away asylum seekers and failed to fund humanitarian aid to keep up with need.

As a result, millions of people fleeing persecution and violence are stuck in a protracted limbo. Countries that do host refugees are less likely to promote integration, and refugees are unable to either return home or rebuild their lives elsewhere.

Get the facts and find out what needs to change:

Refugees are stuck in limbo

In 2021, there were 82.4 million people displaced by violence and persecution—a record number.

More than 30.3 million of these people are refugees, which means they were forced to cross international borders to flee violence or persecution.

Less than 1% of refugees are ever resettled. 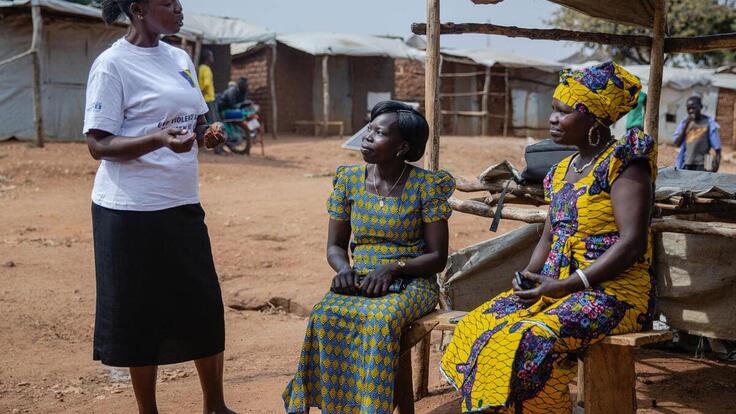 Betty, Grace and Loyce, all members of a refugee women’s activist group, in Bidi Bidi refugee settlement in Uganda. The country hosts over 1 million refugees, including from South Sudan and the Democratic Republic of Congo.
Photo: Esther Mbabazi/IRC

Less than 4% of displaced people returned home in 2020.

The vast majority of refugees are stuck in protracted limbo. Many lack access to basic services and are not allowed to work.

Countries that account for just 1.3% of the global GDP are hosting 40% of all refugees.

Many of these countries were already experiencing civil unrest and violence before they began to host refugees.

Just three countries—Turkey, Colombia and Pakistan—host nearly a quarter of the world’s refugees.

Conflict and crises in neighboring nations, including Syria, Venezuela and Afghanistan, have forced millions to cross into these countries to seek safety. 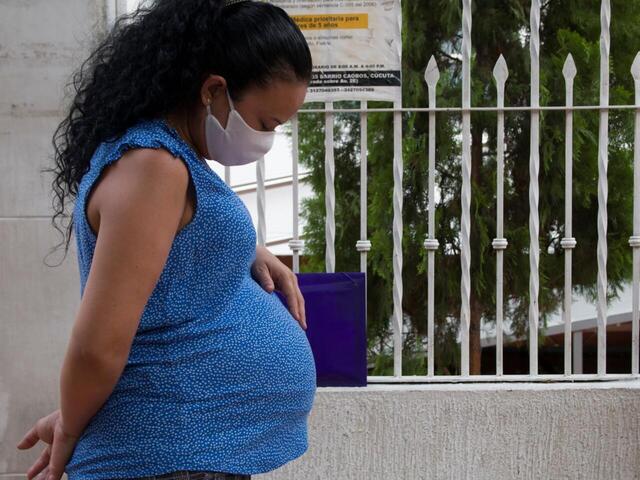 A young woman at an IRC clinic in Colombia that serves expectant mothers. A deepening economic crisis in neighboring Venezuela has led over 5.6 million people to leave the country, with many moving to Colombia.
Photo: Schneyder Mendoza/IRC

The world’s wealthiest countries must do more

Germany is the only European Union country that even makes the top 10 of refugee hosting countries.

The Trump Administration slashed refugee resettlement by over 80%.

Despite increasing the refugee resettlement goal for fiscal year 2021, the Biden Administration is still facing barriers put up by the Trump Administration. The previous administration’s policies also continue to impact the U.S.-Mexico border, where asylum seekers are turned away under the guise of public health.

Despite their commitment to resettle 30,000 refugees, the European Union and the United Kingdom resettled just 9,119 in 2020.

European Union countries are also reportedly turning away asylum seekers, sometimes using brutal tactics. In 2020, more than 2,000 deaths were reported, including drownings as people attempt to cross the sea on dangerous and often overcrowded dinghies in search of sanctuary in Europe. 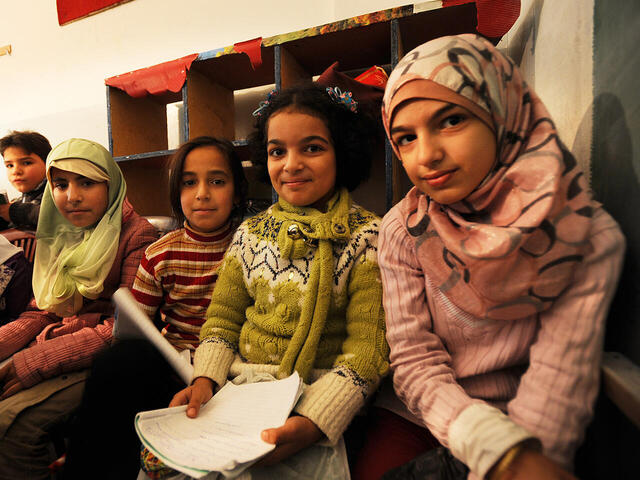 Syrian refugee children in a makeshift school in Lebanon. There are currently 900,000 refugees living in the country, which is facing severe economic and financial crises.
Photo: Peter Biro/IRC

Although the number of people in need of humanitarian aid worldwide has increased 88% since 2016, assistance has lagged far behind, increasing only 8.8% in that same period.

Through aid and diplomacy, the U.S. and E.U. countries can help convince other countries to protect the rights of refugees living within their borders.

What needs to change?

When the U.S. and E.U. countries don’t do their part, refugees are left in dire situations and lower-income countries are less likely to host or integrate them. People are forced to return to countries that are not yet safe, and the resulting instability can lead to even more conflict. The International Rescue Committee is calling on wealthy countries to do more to protect people fleeing violence and persecution:

Learn more about how the European Union and the United States can protect the rights of refugees.