These Yemeni best friends are bringing hope to their community

“When I have a friend with me, the whole world feels happy,” says Aisha.

Aisha and Na’aem have been through a lot together. Growing up in Al Hodeidah in western Yemen, they were forced to flee three years ago as conflict erupted around the country.

Today they live in Sahdah camp in southwest Yemen, and spend most of their days with each other coming up with ways to make the world a better place. 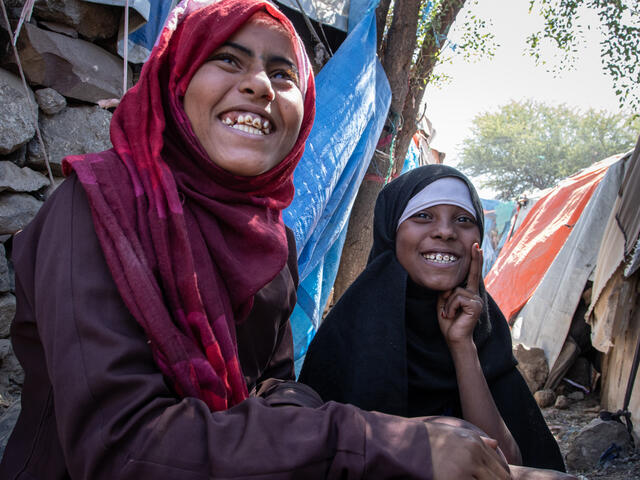 Aisha (pictured right) and Na’aem (pictured left) grew up together, and now live in the same camp. “I have lots of friends in the camp, but not like Na’aem,” explains Aisha. “She’s my best friend.”
Photo: Saleh Ba Hayan/IRC

The conditions in the camp are extremely difficult. Along with a 100 other households, the girls live in make-shift homes, with limited access to adequate shelter, food and water. But despite the challenges they face, they’re determined to help the people around them.

“One day, I’ll become a teacher and Aisha will become a doctor,” explains 11-year-old Na’aem. “We’ll put our salaries together and buy things to distribute in the camp. Every month we’ll distribute things to a different camp. We’ll buy them dishes, clothes, gloves, everything.” 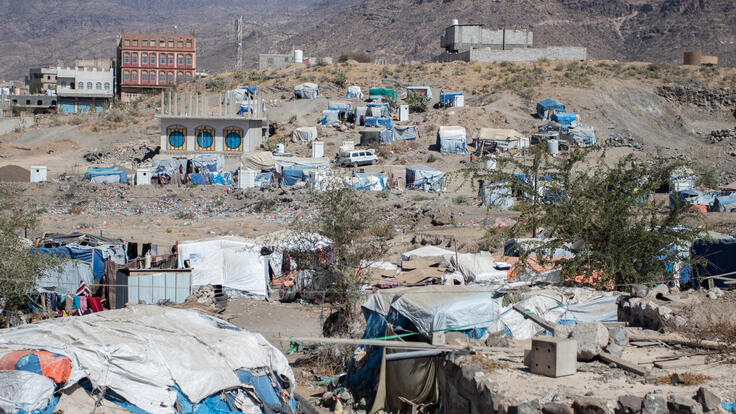 Aisha and Na’aem live in Sahdah camp, located in Yemen’s Al-Dhale’e Governorate in southwest Yemen. Conditions in the camp are difficult, with poor infrastructure and a lack of water and sanitation facilities.
Photo: Saleh Ba Hayan/IRC

Aisha and Na’aem are already doing what they can to support others. “One day a blind man came to our school, and he fell down the stairs because he was sick,” recalls Na’aem. “Aisha and I took permission from our teacher and helped collect some money from our class. We bought him breakfast with half of our allowances, and gave him the rest of the money — we didn’t think we should keep our breakfast allowance for ourselves.”

All over Yemen, people like Aisha and Na’aem are supporting each other, doing what they can in the face of an extraordinary six-year crisis where 80% of the population are in need of aid. But as need increases, humanitarian funding from governments around the world is decreasing, leaving Yemenis at considerable risk of famine. 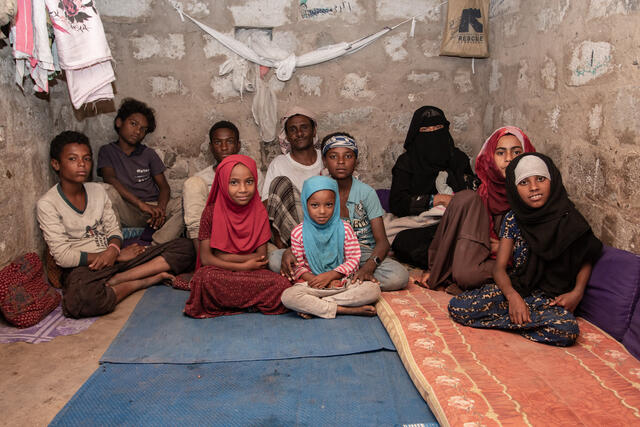 Aisha lives together with eight family members in the camp. Na’aem often comes to visit Aisha at her home, and spends time with her family.
Photo: Saleh Ba Hayan/IRC

The COVID-19 pandemic has made things even tougher for Aisha and Na’aem’s families, with the resulting economic crisis making it difficult for ordinary people to earn a living. “My father works as a porter,” explains Na’aem. “So sometimes he finds work, and sometimes he doesn’t.”

The girls’ special friendship carries them through any hardships that come their way. “I have lots of friends in the camp, but not like Na’aem,” says 10-year-old Aisha, smiling brightly. The two spend most of their time together, going to school, playing outside, or visiting each other at their homes. 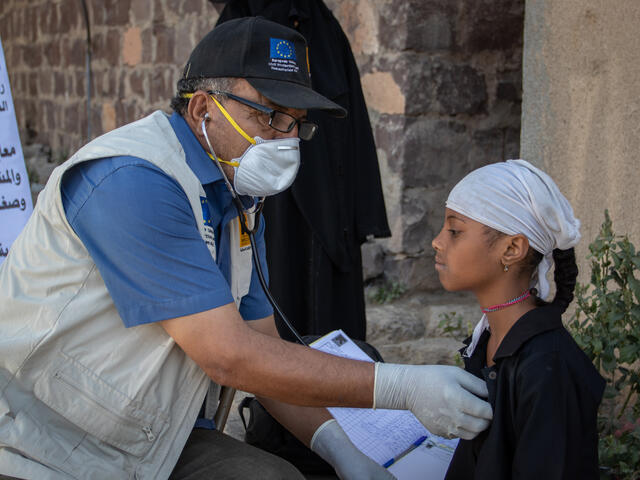 Through funds from the EU, the IRC is supporting girls like Aisha and Na’aem and their families in accessing primary healthcare in Yemen, including screening and treatment for malnutrition, and sending community volunteers to camps to help spread awareness about COVID-19.
Photo: Saleh Ba Hayan/IRC

On days when one of them feels down, the other steps up to help them out of it. “When I’m bored, no one can make me laugh,” says Na’aem. “My mum, my brother, and even my sister tell me jokes, and I don’t laugh — but when Aisha comes and tells me a joke, I laugh immediately.”

“When Aisha was small, we used to live in houses made of straw,” says Na’aem. “I used to make her toy cars from milk cartons and she would play with them.” 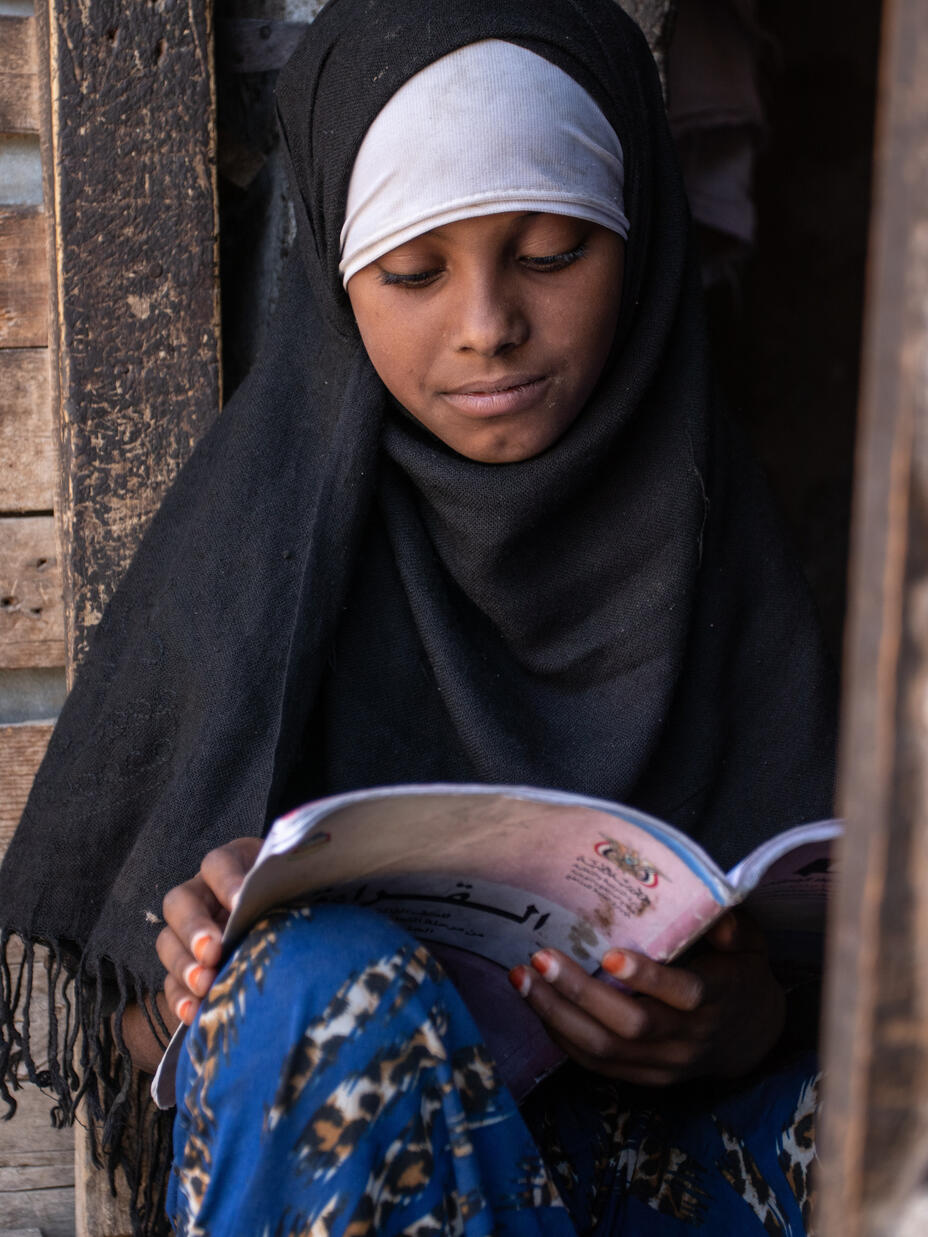 Like many girls their age, the two share a passion for reading and drawing, diligently attending school in hopes of a brighter future. “Knowledge is light, and ignorance is darkness,” remarks Na’aem.
Photo: Saleh Ba Hayan/IRC

The girls are eagerly supported by their families to stay in school. “My mother isn’t educated, but she encourages me to study,” says Na’aem. The importance of education isn’t lost on either one of them. “If we don’t study, we won’t be able to achieve our dreams,” says Aisha.

“If Aisha doesn’t come to school one day, I go to her house and explain everything we learned in class that day,” says Na’aem. “She does the same if I’m ever absent.” 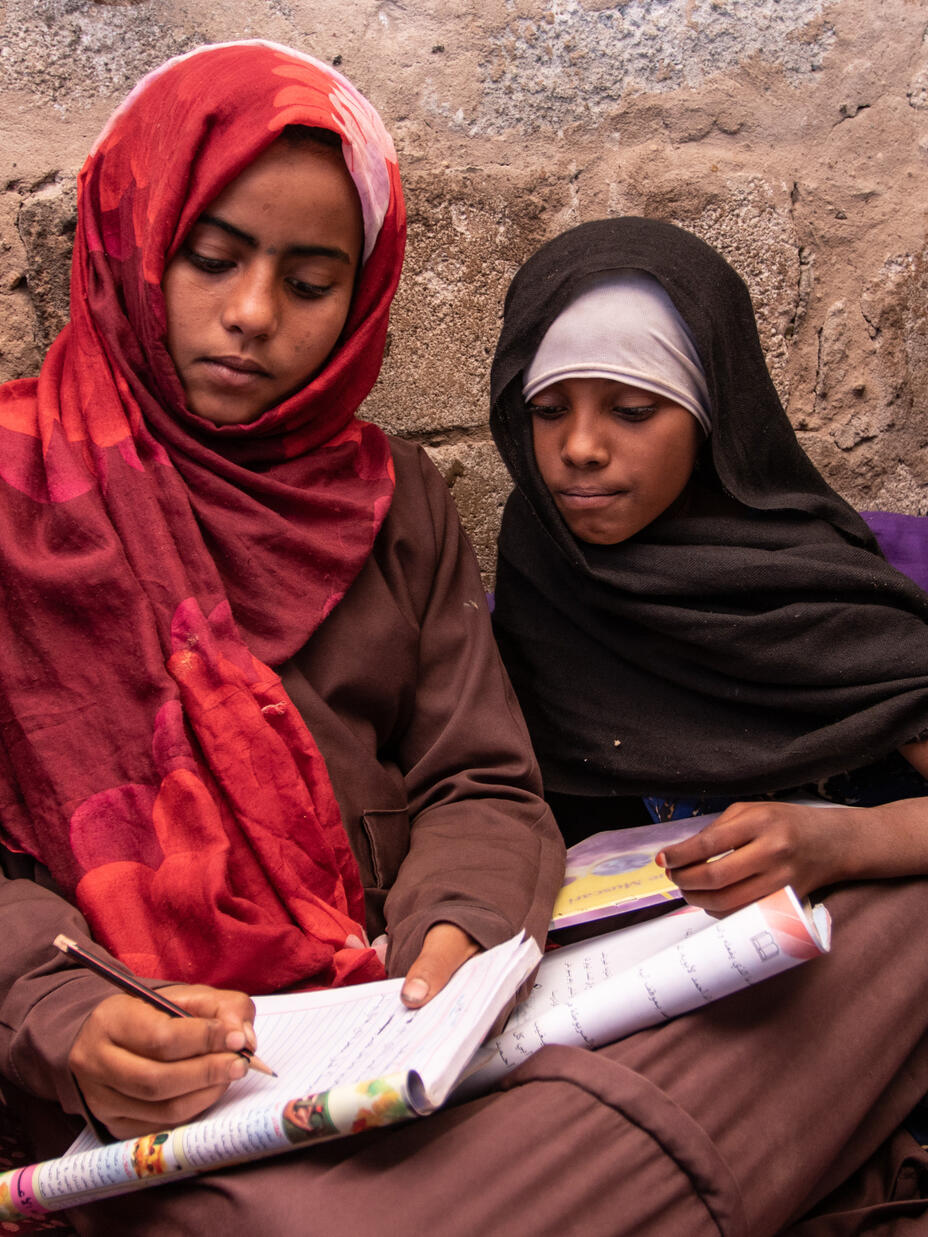 Aisha and Na’aem understand the importance of education in children’s lives. “My dream is to become a teacher, and not let my students drop out of school,” says Na’aem. “If my students dropped out, I would go to their families and convince them to let their children study.”
Photo: Saleh Ba Hayan/IRC

It’s clear that the girls foresee themselves being friends for a long time. “You should never leave a childhood friend behind, even if you have 500 other friends,” says Na’aem, looking at Aisha with a smile. “True friends are like me and Aisha. I have lots of friends, but I don’t love anyone like I love Aisha.”