"They are given an opportunity, a little push to spread their wings and fly” - meet Marina Theodorou, a social worker supporting young refugees in Greece

Imagine being a young person, alone, in a new country, away from your family, having fled from a crisis or hostile environment. It would be an unsettling and frightening time for anybody, let alone a child - and the future could seem an uncertain, daunting prospect. This is where Marina Theodorou comes in.

Marina is a social worker for the FUTURA project, which consists of ten IRC-Supported Independent Living (SIL) apartments for unaccompanied refugee boys in Greece.

“SIL apartments offer protection and accommodation to refugee adolescents, 16-18 years old who travel alone”, she explains. “Each apartment hosts up to four adolescents, who are supported to go to school and become autonomous, through personalised development plans: for example, the boys learn how to cook, budget their finances and develop their skills and interests.”

Our motto is: "I will not catch the fish for you, I will teach you how to fish”

Marina shares her role with another social worker, and they’re both involved in the case management of the children in five apartments. Marina meets with the children weekly where, together, they look for institutions and programmes that would offer relevant activities that would interest the young person. 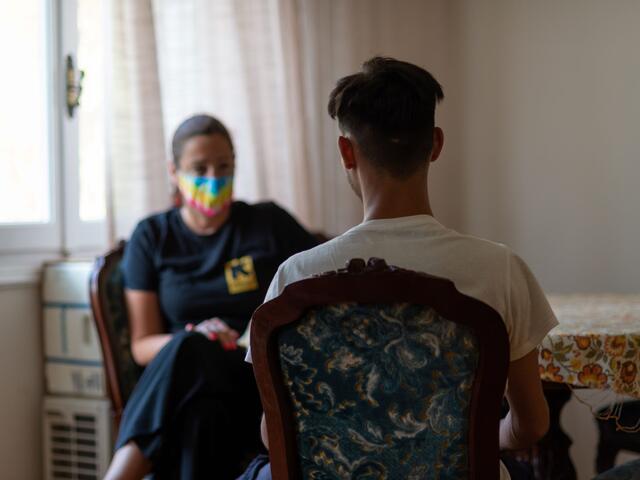 Unaccompanied refugee children are supported to take responsibility for their actions and their lives, says Marina.
Photo: Stathis Mamalakis/IRC

“The project’s goal is for the adolescents to transition smoothly into adulthood, integrate into Greek society, become autonomous and be able to get a job, if they wish to do so", says Marina.

“Our motto is: "I will not catch the fish for you, I will teach you how to fish”.

Marina details the hardships that these young people have already faced: “Unaccompanied children have had very difficult experiences at a very sensitive age’, she says, “and in most cases their lives have been found in danger more than once. They live away from their family and relatives and are in a foreign country with a different culture, language and habits, and a usually inhospitable environment. They are treated as "foreigners" or even as "invaders" due to the lack of legal documents, their origin or financial situation.” 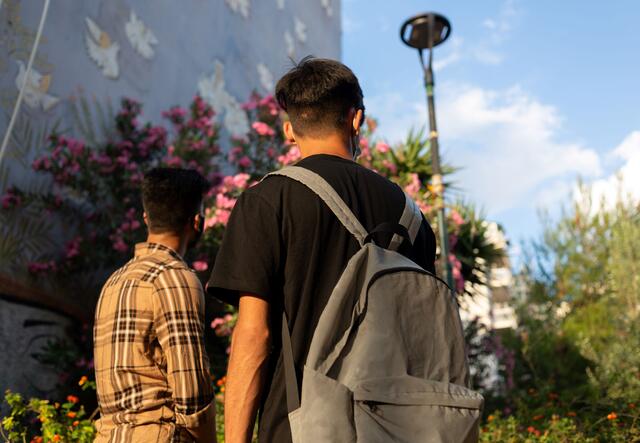 Entering a foreign country, such as Greece, can mean “another difficult struggle for survival begins again” - one that can include homelessness, detention in police stations, and living in unstable conditions, such as in refugee camps, and the young person wouldn’t usually have access to the primary care system health, education or basic tenets of care and safeguarding.

“Even if a child is placed in a ‘safe zone’ or in a shelter,” Marina says, “the care provided may still be inadequate. When a child is referred to a supported independent living apartment, he continues to be the child who has experienced all of the above and therefore often faces difficulties or psychological problems. In many cases, children find it difficult to integrate into a supported independent living environment at first, as they have not previously been supported to learn how to take initiatives, to take care of themselves to meet their basic needs, or to follow a consistent daily schedule.” 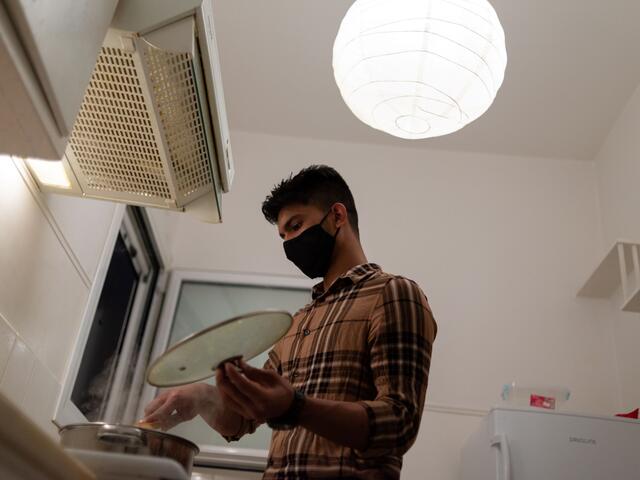 Each apartment hosts up to four adolescents, who learn how to cook, budget their finances and develop their skills and interests.
Photo: Stathis Mamalakis/IRC

The long asylum procedures also worry the children and create a feeling of insecurity for their stay in the country, as well as fearing a doubtful future, she says.

“There are many cases where children feel frustrated, experience intense anxiety, sleeping problems and lack of motivation to integrate into Greek society, due to the long wait for the asylum decision. They do not know if they will be allowed to stay in Greece or if they will be returned to their country of origin”.

“I believe that SILs is the best way to help unaccompanied children, because it supports and focuses on their integration and smooth transition into adulthood. This model does not offer ready-made solutions to these children. Instead, they are supported to take responsibility for their actions and their lives.”

Marina says that most unaccompanied children who live in a shelter or in a ‘safe zone’ in refugee camps “are not equipped with the skills they need to become independent and take life into their own hands when they reach adulthood.”

“In contrast”, she continues, “the adolescents who live in SILs are supported to co-manage a household, get to know their neighbourhood, manage their budget, collect receipts for their expenses, do market research. They also learn how to live in an apartment with others, which is a simulation of reality, how to communicate with roommates who come from different countries, speak different languages, and have different traditions.” 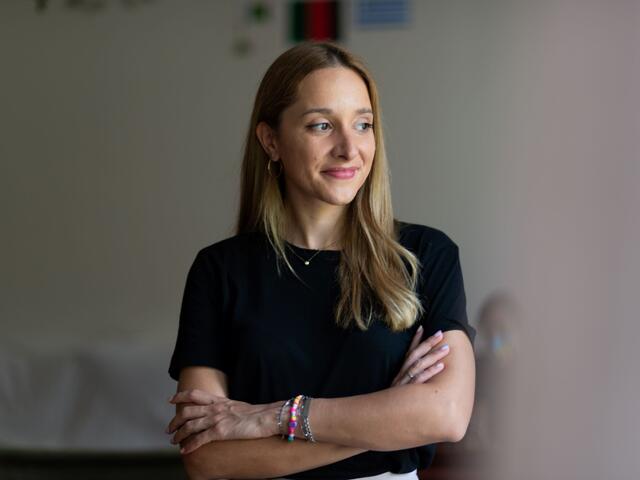 Marina meets with the children weekly and they look for institutions and programmes that would interest the young person.
Photo: Stathis Mamalakis/IRC

And the response to the SILs project from its residents is very encouraging, says Marina.

“Children give us really positive feedback”, Marina reports. “They are calm, they are not afraid, they know they are in a safe and supportive environment. All the skills they acquire in working with professionals, benefits them both in their integration and finding a job. They know how to act and behave in the society they live in, their rights and responsibilities.”

The young people can remain in contact after they leave the SIL project, and they can reach out through the social workers’ number for any requests they may have.

“Even after joining their families in other European countries, there is communication to ensure that the environment in which they live in is good and that they are happy”.

She recalls a young person from the Democratic Republic of Congo, who’d been supported by SILs:

“He was alone for 10 years and went through very difficult situations in Turkey, before reaching Greece”, Marina remembers. “He wanted to learn French and go to France, he was going to school every day and asked for support for extra lessons. He left for France under the relocation programme, but we still have contact with him.  He has not forgotten us”.

Throughout her work, she’s mindful of the trauma that the children may have experienced but is keen to reiterate the value of the support offered by SILs.

“These children come from very difficult conditions, war, violence, financial difficulties. They do not have the right to education, they are not treated equally, their lives may be in danger”, Marina says. “When they join a SIL programme, such as the FUTURA project, they are given an opportunity, a little push to spread their wings and fly.”