The International Rescue Committee's annual Emergency Watchlist is a list of the 20 humanitarian crises expected to deteriorate the most over the coming year.

In 2022, these countries are home to just 10% of the global population - but they account for 89% of those in need of humanitarian aid worldwide. Most Watchlist countries - and the top ten in particular - have experienced almost non-stop conflict over the last decade, hampering their ability to respond to global challenges like COVID-19 and climate change.

These crises are more than a series of unfortunate events, says IRC president and CEO David Miliband: “The story told by the Watchlist makes a bigger argument - not just that there are more poor and more people forcibly displaced, but that the scale and nature of humanitarian distress around the world constitutes a system failure.”

Read the full Emergency Watchlist 2022 and our recommendations for the international community and European Union, or learn about the top 10 countries at a glance here:

1. Afghanistan - The crisis after the conflict 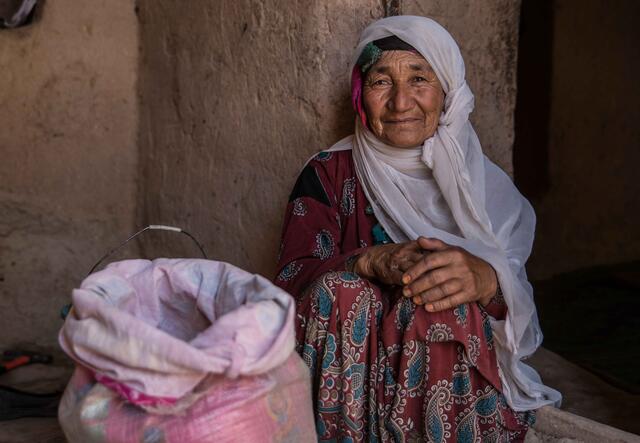 Fatima, whose crops are badly affected by the effects of climate change in Afghanistan, was able to buy a sack of grain with the help of cash from IRC.
Photo: S Glinski / IRC

In August 2021, the Islamic Emirate of Afghanistan (commonly known as the Taliban) took control of Afghanistan. International donors immediately suspended most non-humanitarian funding and froze billions of dollars in assets. Without this funding, the economy has spiraled downward. Any attempt by Islamic State Khorasan (IS-K) to take advantage of the shift in power portends violence and civilian harm. Meanwhile, Afghanistan faces ongoing drought and a possible fourth wave of COVID-19.

The IRC has been working in Afghanistan for over three decades, providing education, protection, water and sanitation, and economic recovery programs. We support over 60 health facilities and provide information and training sessions about COVID-19. In recent years, the IRC has become a leader in women’s protection and empowerment in Afghanistan. Learn more about the IRC’s Afghanistan response.

2. Ethiopia - A case study in climate and conflict

Climate change and continued conflict in Tigray and now the neighbouring Amhara and Afar regions have pushed Ethiopia ever higher on the Watchlist. The United States estimates that 900,000 people face famine conditions in Tigray, although these figures cannot be verified due to restrictions on humanitarian access. There’s no doubt, however, that Ethiopia is exposed to the impact of climate change, which will drive up needs for millions across the country.

Since 2000, the IRC has provided assistance to refugees living in camps and to Ethiopian communities throughout the country affected by drought, flooding, conflict and COVID-19. With our local partners, we distribute cash and basic emergency supplies, and build and maintain safe water supply systems and sanitation facilities. The IRC also supports government partners and community workers in primary health care clinics, constructs classrooms and trains teachers, and provides livelihoods-related training and job opportunities to youth and at-risk households. Learn more about the IRC’s Ethiopia response. 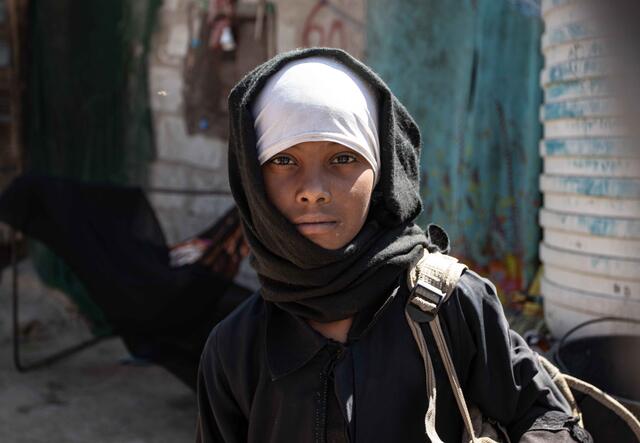 Yemen drops from the top of the IRC’s Watchlist for the first time in three years not because of an improvement in the humanitarian situation but because crises in other countries are worsening even more rapidly. With humanitarian access heavily restricted in many areas, Yemenis will face increased needs in 2022.

The IRC has worked in Yemen since 2012. We support primary health facilities and mobile health teams, including in hard-to-reach areas, and provide programming for general outpatient care, reproductive health and acute malnutrition, as well as water and sanitation services, education for out-of-school children, and psychosocial and case management services for women and children. Learn more about the IRC’s Yemen response.

4. Nigeria - Growing insecurity across the country 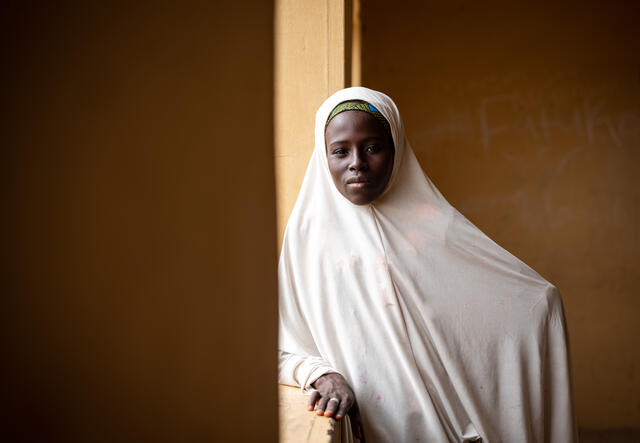 More than 12 years of conflict and militant activity in northeast Nigeria has garnered global attention, but unrest and insecurity are spreading in other parts of the country too. Criminal activity and conflict in the northwest have sparked a growing humanitarian crisis, and separatist activity in the southeast has become increasingly violent. The various security crises in Nigeria are a manifestation of underlying tensions related to poverty, social marginalisation, and climate change in a country projected to double in population by 2050.

The IRC started working in Nigeria in response to severe flooding in 2012. Currently, we support programs in health, nutrition, education, water and sanitation, and protection for women, men, girls and boys who are internally displaced and in host communities. Over the next three years, the IRC plans to scale up its humanitarian assistance in both the northeast and northwest. Learn more about the IRC’s Nigeria response.

Abuk takes her daughter Nyirou, 4, to an IRC-sponsored clinic for malnutrition treatment after her home in South Sudan was flooded.
Photo: A Surprenant / IRC

South Sudan marked a decade of independence in 2021, but the country has been wracked by violence throughout that entire period. While conflict remains far lower than the peak in 2013-2014, the World Food Programme warns that food insecurity is at its worst levels since independence, underscoring the combined impact of natural shocks, COVID-19 and long-term damage to South Sudan’s economy.

The IRC is one of the largest aid providers in South Sudan, operating there for over 30 years. We deliver emergency assistance and support at-risk populations in hard-to-reach areas. Our health response the training of local health workers and provision of sexual and reproductive health services, nutrition programs, and water and sanitation services. We also provide support to youth, children and survivors of sexual violence in addition to community-level engagement to promote peaceful coexistence. Learn more about the IRC’s South Sudan response. 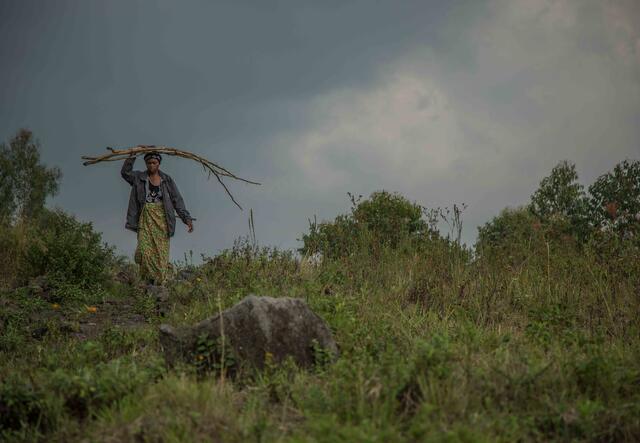 Women in North Kivu, Democratic Republic of the Congo, have come together to plant crops. They use their joint income to send their children to school.
Photo: Kellie Ryan / IRC

Conflict in DRC is especially volatile in the eastern provinces of Ituri, North Kivu and South Kivu, where consecutive Ebola outbreaks have strained a weak health system. Political tensions in Kinshasa could set the stage for violent clashes leading up to the 2023 general elections

The IRC has operated in DRC for over two decades, providing lifesaving health care, including reproductive health services, as well as water and sanitation, education, and support for survivors of violence. We work with communities on peace-building projects aimed at conflict reduction and economic recovery. In recent years, the IRC has launched emergency responses to contain Ebola, including the latest outbreaks in eastern DRC. Learn more about the IRC’s DRC response.

39-year-old Ma Than Than Win pumps water from a spring in the Phwe Yar Kone refugee camp in Myanmar.
Photo: Kaung Htet / IRC

The events of February 2021 sparked a cycle of armed clashes and violence that has caused significant new displacement and humanitarian need across the country. The economic impacts of this instability, combined with the impact of COVID-19, are projected to push millions into poverty in 2022.

The IRC began work in Myanmar in 2008, providing humanitarian relief in the wake of Cyclone Nargis. Since then, the IRC has expanded its work to provide health care, protection, women’s protection and empowerment, and water and sanitation, as well as shelter and emergency relief materials to newly displaced populations. Learn more about the IRC’s Myanmar response. 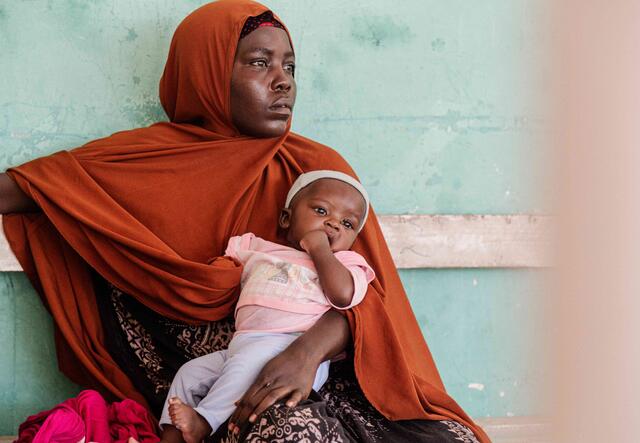 A mother takes her child to an IRC clinic in Somalia to take part in a nutrition program and get essential nutrients.
Photo: Harrison Thane / IRC

Somalia has been on the Watchlist for nine consecutive years but has moved into the Top 10 due to escalating political tensions with risk of renewed violence. Somalia also ranks among the top five internal displacement crises. Drought conditions are expected to worsen.

The IRC, assisting in Somalia since 1981, supports economic wellbeing through job training, food vouchers and direct cash assistance to farmers, shepherds and small business owners. We also partner with communities to identify, plan and manage development projects. Our work with children and women is informed by the promotion and protection of human rights. Learn more about the IRC’s Somalia response. 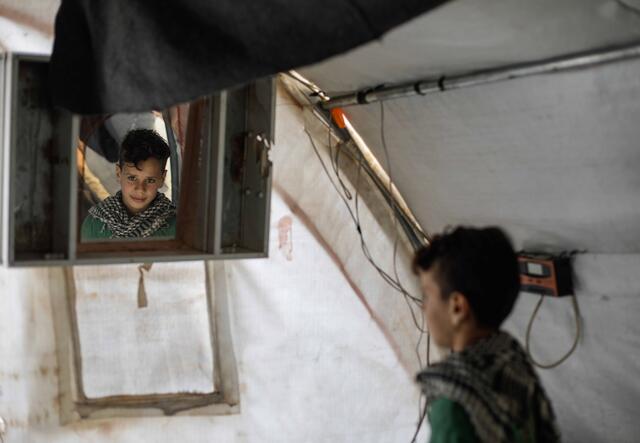 Syrians are enduring the worst economic crisis since the war began, with record levels of food insecurity and rapid inflation. At the same time, water shortages in northern Syria are creating drought-like conditions for millions and jeopardising already compromised health and water systems. There is an enduring risk of a major military offensive targeting areas outside government control.

The IRC has been working in Syria since 2012, promoting economic recovery with job training, apprenticeships and small business support. IRC teams support early childhood development and provide counselling and protection services for women and children, particularly for survivors of violence. We support health facilities and mobile health teams with lifesaving trauma services, and with primary, reproductive and mental-health services. The IRC also supports Syrian refugees in Jordan, Iraq and Lebanon. Learn more about the IRC’s Syria response. 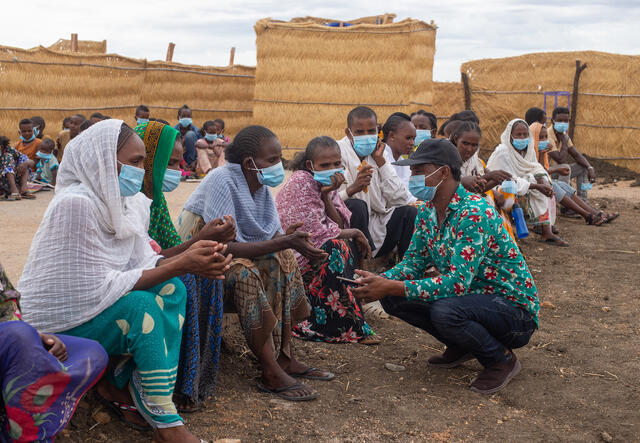 The IRC relaunched its programs in Sudan in 2019, which currently include water and sanitation services and integrated protection support for women and child refugees. The IRC also builds and rehabilitates health facilities to provide reproductive health care and facilitate the treatment and prevention of communicable diseases, including COVID-19. Learn more about the IRC’s Sudan response.

What needs to be done to address these crises?

The IRC’s expert analysis has identified how the global system designed to protect civilians, prevent conflict, hold abusers to account, and guarantee that humanitarian aid reaches those in need is failing at all levels - and even driving conflict and suffering. For example:

The IRC is calling for significant changes to the global humanitarian system, not only in how organisations and governments allocate and spend funds, but also in how they confront conflict actors who use hunger as a weapon of war and civilian suffering as a tool of control.

The Emergency Watchlist 2022 makes the case for political and structural reforms that will create respect for international humanitarian law, expand universal jurisdiction to prosecute war crimes, reduce the role of social media in amplifying conflict, and ensure people in need have access to lifesaving services.

What is IRC's Emergency Watchlist?

The IRC has produced an annual Emergency Watchlist each year for over a decade. Over this time, the Watchlist has evolved from a purely internal aid for emergency preparedness planning into a public report that warns global leaders, policymakers and concerned citizens not just where crises are deepening but why they are deepening and what we can do about it.

The Watchlist is underpinned by a unique methodology. The IRC’s Crisis Analysis Team consolidates 66 different qualitative and quantitative indicators and reviews them alongside insights from the IRC’s over 30,000 staff and volunteers working in crisis zones around the world. This approach - which is now tried, tested, and shown to work - allows the IRC to identify the 20 countries at greatest risk of experiencing a significant deterioration in their humanitarian situations over the year ahead.

Read our recommendations for the international community and the European Union.