What is drought? Causes, impact and how we can help

This summer drought was declared in many parts of Europe after low rainfall and high temperatures. This has resulted in restrictions from water companies, including bans on watering lawns and washing cars.

But drought in other parts of the world has far more fatal consequences. East Africa is facing its worst drought in years. In August 2022, it was announced that over 1 million people have become displaced due to extreme drought in Somalia alone. Behind this grim milestone are hundreds of thousands of children whose lives are at risk as they battle malnutrition.

Here’s more about drought, what causes it, and how we can support those most impacted.

Drought is caused by a lack of rainfall, causing serious water shortages. It can be fatal.

Unlike other extreme weather events that are more sudden, like earthquakes or hurricanes, droughts happen gradually. But they can be just as deadly as other weather hazards - if not more so: Drought has affected more people in the last 40 years than any other natural disaster.

The severity of drought worsens over time. When it arrives, drought can last for weeks, months, or years - sometimes, the effects last decades.

Droughts can be triggered by natural causes such as weather patterns. But increasingly they are caused by human activity, including:

How are people affected by drought?

Drought affects vital access to clean drinking water. This can lead to people drinking contaminated water, which brings about outbreaks of diseases like cholera and typhoid. These diseases can also spread in places with poor sanitation, another side-effect of having no clean water. 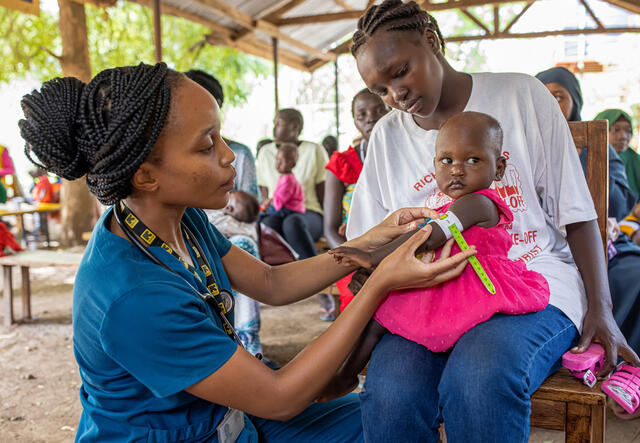 It can cause wildfires

It can lead to displacement

People must travel further to find clean water. This usually falls to women and children, who must sacrifice other work and school to carry out an incredibly physical task.

Without access to clean water or food, many must permanently leave their homes in order to survive. The World Health Organisation states, “Water scarcity impacts 40% of the world’s population, and as many as 700 million people are at risk of being displaced as a result of drought by 2030.” 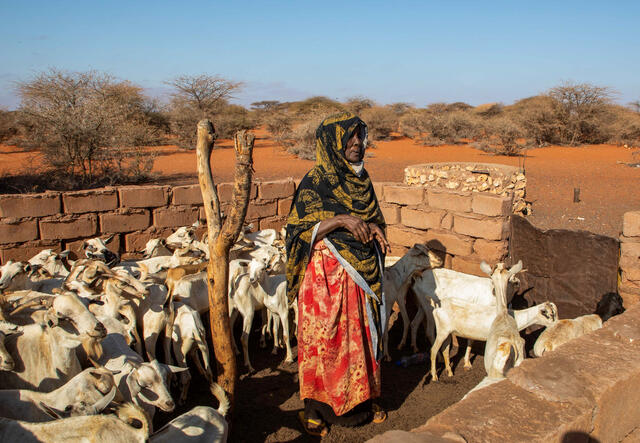 Research has also found that drought exacerbates existing conflicts. People migrating en masse from areas of drought and famine can result in increased political tensions and conflict due to increased competition for resources. There is evidence that drought contributed to the conflict in Syria, for example.

How does drought contribute to famine?

Drought and famine are closely linked as agriculture takes 80% of the direct impact of drought.

When there’s not enough rainfall, farmers must rely on irrigation that draws on groundwater and other reserves in order to water their crops. In a drought, these resources may dwindle quickly or have already dried up, meaning crops will produce a smaller yield or die completely.

Low yields push up the price of the little food that is available. It also means farms must make huge cutbacks - and at worst, shut down altogether - leaving workers in rural communities without a source of income at a time when food is at its most expensive. Many farming communities also rely on their farmland to eat themselves. 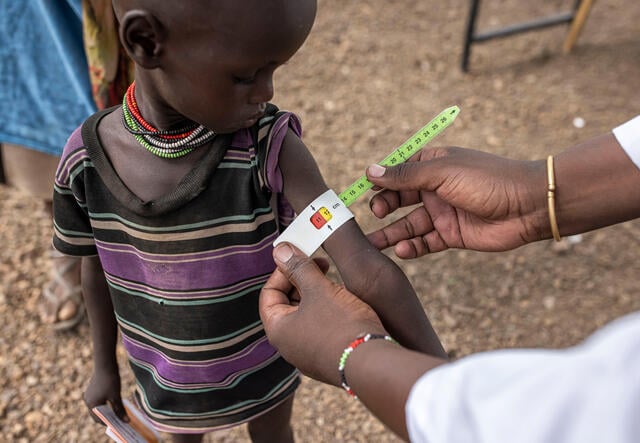 “Every day of inaction is a matter of life or death,” says IRC president and CEO David Miliband. “The crisis engulfing East Africa is emblematic of the failure of the international system: failure of prevention, failure of response and failure of leadership.“
Photo: Patrick Meinhardt for the IRC

Acute malnutrition from food scarcity can increase the risk of infectious diseases becoming fatal. This is particularly true for children.

Who is most affected by drought?

Droughts bring the most risk to areas with high-pressure weather systems that are already prone to desertification. Developing countries are also more vulnerable to the socio-economic effects of drought due to a large percentage of their population being employed in the agriculture industry.

Over 36 million people have been impacted by the drought across Somalia, Kenya and Ethiopia, which began in October 2020. Throughout these regions, insecurity, severe drought, and an exponential increase in food prices have brought millions to the brink of famine.

“Somalia is seeing the worst of the crisis, with over 200,000 already living in the most extremes of hunger, but the challenge is regional,” says Abukar Mohamud, IRC’s Deputy Director of Programs for Somalia. “Across East Africa, people are facing the worst drought in 40 years. By February 2023, up to 26 million people could experience extreme hunger if assistance isn’t drastically scaled up.

“People are not just dying due to a lack of food. Hunger means their weakened bodies cannot fight off diseases like diarrhoea, measles or malaria, so death rates are high. Children are particularly at risk and often die at double the rate of adults. And those who survive will face ill health for the rest of their lives. The 2011 famine saw over 250,000 people die of hunger – half of whom were children.”

What can be done to help the current drought in East Africa?

East Africa is home to some of the IRC’s longest-running programs globally. Today, over 2,000 IRC staff in the region are scaling up our programmes to address the current drought and rising food insecurity, including expanding to new areas to meet severe needs.

The IRC is calling for:

How does drought lead to flooding?

The same warming that can make arid environments drier can also make rainier climates wetter. This can lead to elongated monsoon seasons, and catastrophic flooding like Pakistan is experiencing, where more than 33 million people have been affected. 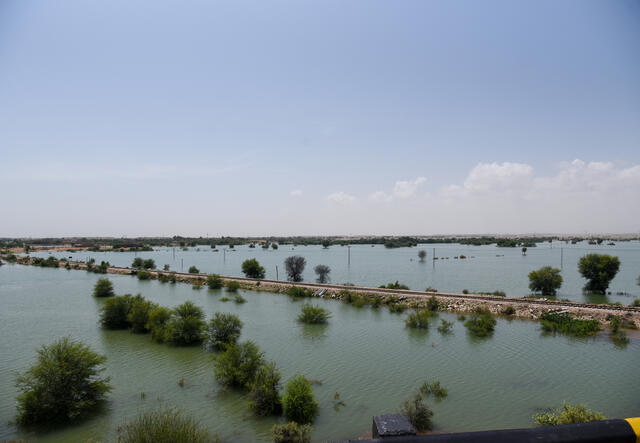 Flooding in Pakistan has submerged a third of the country underwater, with damages are estimated to exceed more than $10 billion.
Photo: Saima Javaid for the IRC

Flooding can also be a risk in the same geographical areas that suffer from drought.

Rain after a drought sounds like it ought to be a good thing, but after a prolonged period of dryness, sudden heavy rainfall can lead to hazardous flash flooding.

This is because droughts leave the ground hard and baked, with little to no plant cover and low soil quality, which prevents rain from saturating the ground. Instead, when waterfalls in a large quantity and at speed - like in a thunderstorm - it runs over the parched ground.

Flash-flooding is incredibly dangerous. It can wash away homes and collapse roads and other infrastructure, which in turn prevents important aid from reaching those who need it most.