The will to learn: how education helps save young refugee lives

Dalal, 18, wears her best dress, green dotted with tarnished gold beads. She and her friends sit close together on the concrete floor of a tent in a temporary settlement in Akkar, Lebanon, not far from the Syrian border.

Life drastically changed for Dalal and the other young women after fleeing the conflict in Syria. They are among the 13.5 million people displaced by this devastating war, now in its eighth year. Around 1.5 million refugees are in Lebanon and half of them live in extreme poverty. Seventeen percent live in tented settlements like this one.

Before the war, Dalal and her family lived in a rural area of Syria. Life was calm and simple. She would spend her days playing with her sisters and friends. “We had a garden around the house with an olive tree,” she remembers.

When the war encroached on their village, they knew they had to flee. Like most refugees, the family left with nothing but a few items of clothing. That was six years ago. Now a wife and mother, Dalal wishes she had brought more things that remind her of her childhood. “My toys,” she says, “and my little cat.” 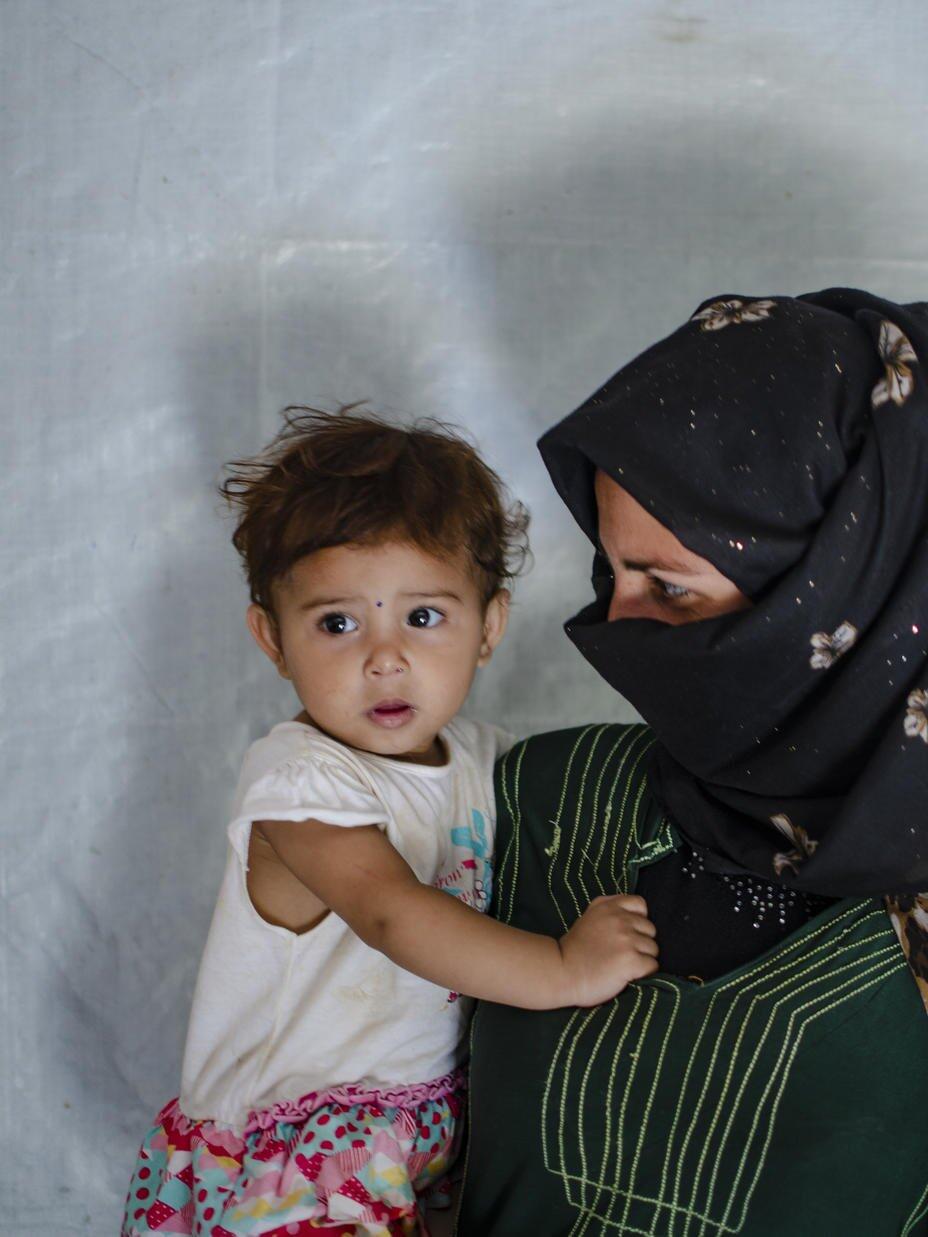 Dalal, 18, has been living in Lebanon for six years with her toddler, Tasnim, in a tent settlement in Akkar. She regularly visits a safe space run by the IRC where Syrian refugee women and adolescent girls learn to read and write Arabic and other essential skills.
Photo: Kulsoom Rizvi/IRC

Life has been tough for the family since fleeing Syria. Dalal and many of her friends, including a young woman named Khitam, 19, missed out on going to school in Lebanon. The International Rescue Committee is leading the effort to correct this situation.

The IRC’s safe healing and learning spaces provide secure, caring and stable environments for women and adolescent girls living in crisis. These spaces give this vulnerable group the opportunity to learn and grow and develop the skills they need to be resilient in the face of adversity.

“It’s lifesaving,” says IRC aid worker Leila Younes. “Without these spaces, it’s very difficult for women to find a safe place where they can learn new skills, but also meet others who share similar experiences of displacement and have a sense of solidarity and comfort that they’re not alone.”

Without these spaces, it’s very difficult for women to find a safe place where they can learn new skills, but also meet others who share similar experiences of displacement and have a sense of solidarity and comfort that they’re not alone.

With the support of the Saïd Foundation, an organisation dedicated to improving the lives of Syrian refugees, the IRC is teaching Dalal, Khitam and hundreds of others young adults to read and write in Arabic.

Khitam remembers first coming to the IRC center to get help reading the doctor’s reports about her baby boy, Brahim. Learning to write “helped my self-confidence,” Khitam says. “Before I wasn’t comfortable. I thought I wasn’t educated enough.”

Dalal recalls wanting to write to her family—most of whom live in separate camps—and the overwhelming loneliness she experienced when she first arrived at the settlement. Now she feels empowered because of the support from the IRC. 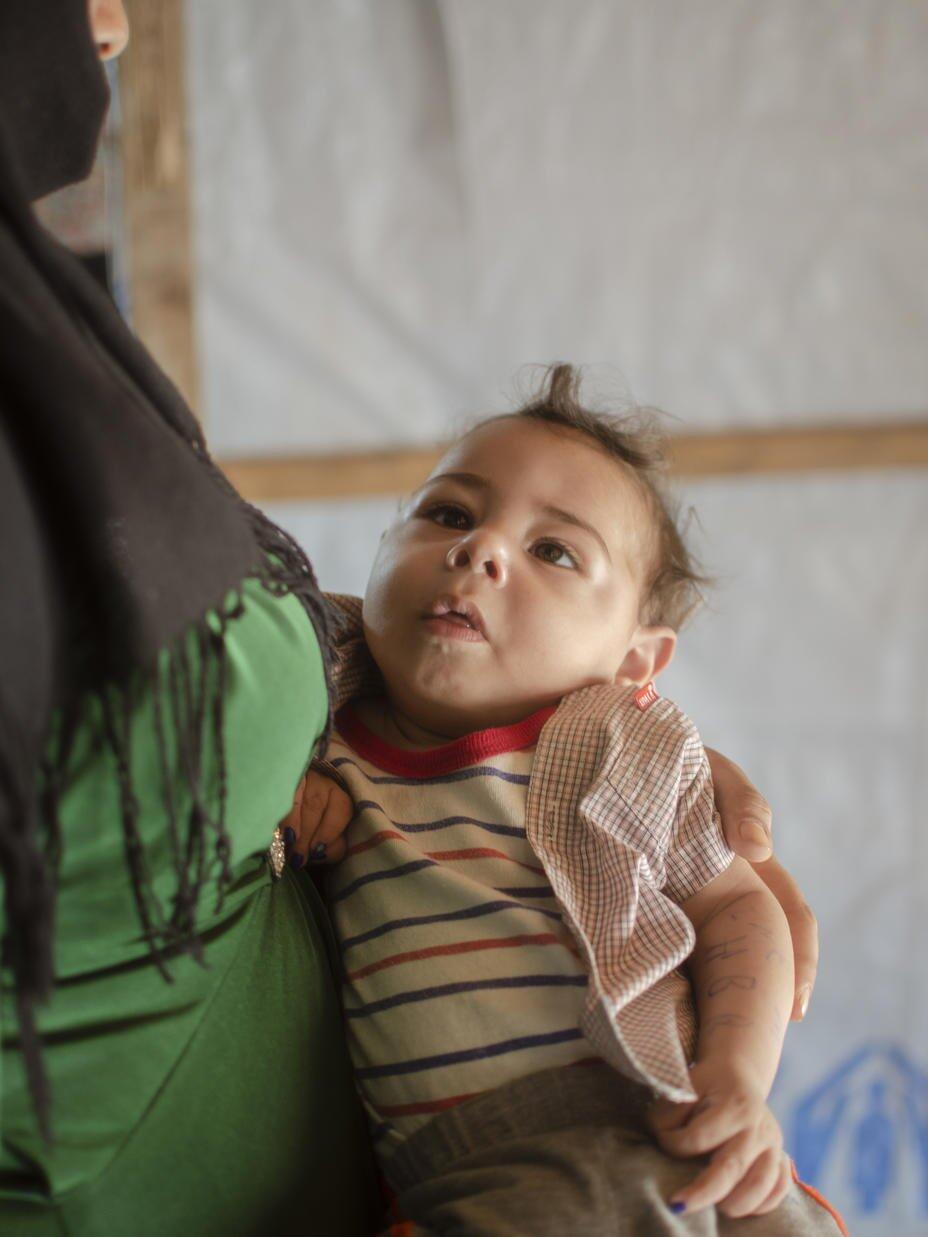 19-year-old Khitam, a Syrian mother, holds her baby son, Brahim who was born sick. She began to attend classes with the IRC at a tented settlement in northern Lebanon to help her read her son's doctor's reports and notes about his medication.
Photo: Kulsoom Rizvi/IRC

Dalal and Khitam both mention teaching as a possible future career. Dalal also likes to sew—her sister is a sewing teacher—and Dalal mentions studying to be a physician’s assistant. Their biggest dream, they say, is simply to lead normal lives.

“I hope for a normal life in Syria with all of my family around me,” says Dalal. “Everyone has a job and the children are learning.”

Last year alone, the IRC reached 75,000 people in Lebanon with services that helped change their lives for the better. “They now see themselves differently—as strong, capable women who can make a difference in their lives,” Younes said.