An Afghan woman and aid worker speaks out

As Afghanistan faces a growing humanitarian crisis, Afghan women and girls are bearing the brunt of much of the suffering.

At the same time, against seemingly impossible odds, Afghan women are also doing everything they can to keep their families together, help their neighbors, and keep their own dreams alive.

Setayesh* is an Afghan woman and International Rescue Committee (IRC) staff member who exemplifies this courage. Every day, the IRC works to ensure that the women on our team can continue to do their jobs, and that the IRC’s programs reach Afghan women and girls equally to men and boys

She did not want to speak on camera, so her words were recently featured in a letter read aloud by actress and IRC Ambassador Lena Headey. Below, Setayesh shares more about her work and her hopes for the future of Afghanistan. 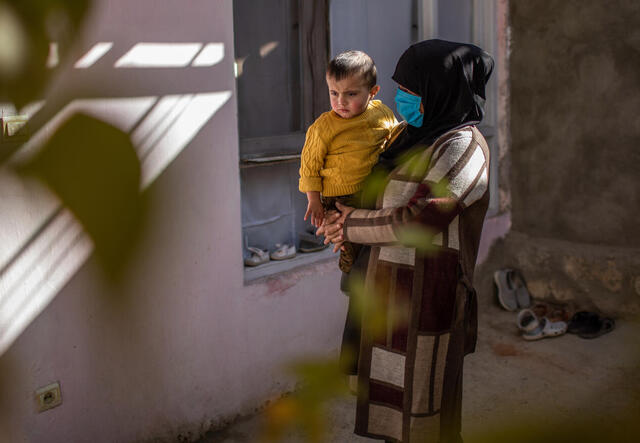 Zulaykha*, who received emergency cash assistance from the International Rescue Committee (IRC), plays with her son outside the home she is renting in Kabul, Afghanistan. Women in Afghanistan are facing a growing humanitarian crisis.
Photo: Kellie Ryan/IRC

We understood how important we were to one another.

The crisis has me heartbroken.

As the crisis deepens, families are having to make impossible decisions. I know a woman whose husband sold their 13-year-old daughter into marriage because they were in desperate need of money.

As the events of last August unfolded, we had no idea what would happen. I had a dream to move forward in my work and, suddenly, I could not even go outside. I thought, “Why should women not be treated as human beings who can make our own choices?”

One thing that was very helpful for me was my job. I kept in touch by phone with other staff. We were trying to give each other hope that our work was not finished. That we would still find a way. I felt completely broken inside, but we were trying to become each other’s strength so that we were not alone.

In that difficult time, we understood how important we were to one another.

Learn more: What do Afghans need from the EU now?

Supporting Afghan women and girls, equal to men and boys

The IRC was very clear that if we were reopening our offices, we needed to open them with both male and female staff—we needed to be in line with Afghan tradition by having female staff work with the women in the community. 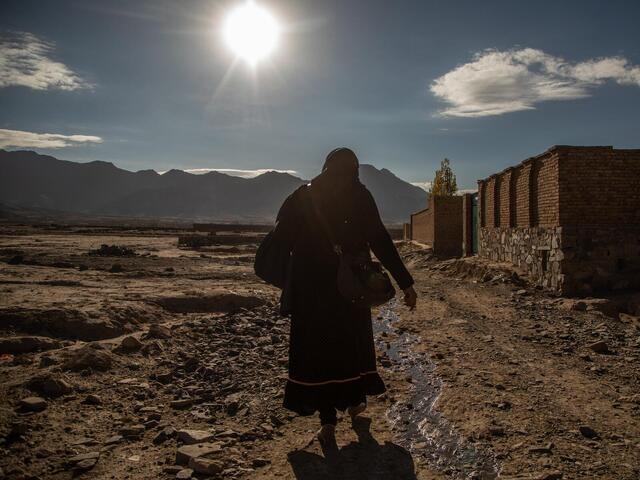 Nazo*, an IRC community health volunteer, walks to the next home to visit a mother who lives there to educate her about how to prevent malnutrition and other diseases.

People rely on the IRC's services. And we were clear that in order to do our jobs, and to serve women clients, we needed our women staff to work. We succeeded in preserving the space for women employees. They are still able to work and to support their families.

Against all of the odds, our team is delivering services to Afghan women and girls, equal to men and boys.

Afghan women must be at the center of decision-making and negotiations. Do not make decisions about us, without us!

Families are having to make impossible decisions.

Acute food insecurity is affecting more than half the population. People here are starving.

As the crisis deepens, families are having to make impossible decisions. I know a woman whose husband sold their 13-year-old daughter into marriage because they were in desperate need of money.

There was another client, a woman with six or seven kids, three of them still at home: She was baking bread for other families for money. Her hands were in pain and burnt from the flames, but she was still making the bread.

This woman was in debt from a loan she had to take out when her son was sick. The IRC provided her with cash assistance, and she was so thankful. She said that for her it was a dream she could pay this loan back. Before, it had not been possible at all.

She was also trying to educate her school-age children. She gave her son 5 Afghanis ($0.05) every day because his school charged students to use the restroom. She was crying when she told us that he was not spending that money. The child knew the position the family was in.

Another problem is that, in some provinces, many of the men have left home to try to find work and build a better life. So the women are left to manage alone and they are not able to work to support their families.

All people, regardless of their gender, must be able to enjoy the same rights and opportunities.

The only hope Afghan women have right now is to secure those rights.

If there is any opportunity that I can help someone, then I definitely will. 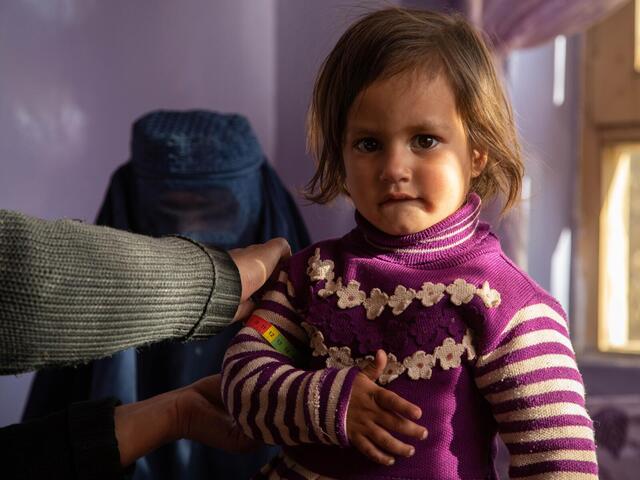 Nazo*, an IRC community health volunteer, educates a mother in her community about how to prevent malnutrition and other diseases.
Photo: Kellie Ryan/IRC

When I think about the crisis in our country, I imagine that Afghans are surrounded by four walls and they cannot see anything except those walls. My IRC colleagues and I are lucky to be able to serve our people and help them see that there can be a better future.

When I was a kid, there were lots of problems in our lives, a lot was going on. I would dream that I had a superhero power to solve all those problems. That dream is always on my mind, still: If there is any opportunity that I can help someone, then I definitely will.

All people, regardless of their gender, must be able to enjoy the same rights and opportunities.

The only hope Afghan women have right now is to secure those rights.

The problem is that everyone is trying to talk on behalf of Afghan women. Afghan women must be at the center of decision-making and negotiations. Do not make decisions about us, without us!

We can't give up.

Right now, Afghanistan is a completely aid-dependent country. I just want to have a country where we have our own resources, our own stable economy. Where people do not have to wait for an aid organization or anyone else to help them.

My hope is for a country where men and women have equal value. Where families are not forced to make impossible decisions, like selling their daughters to feed themselves.

I am sure collectively, we can speak louder. It is possible. We can't give up. 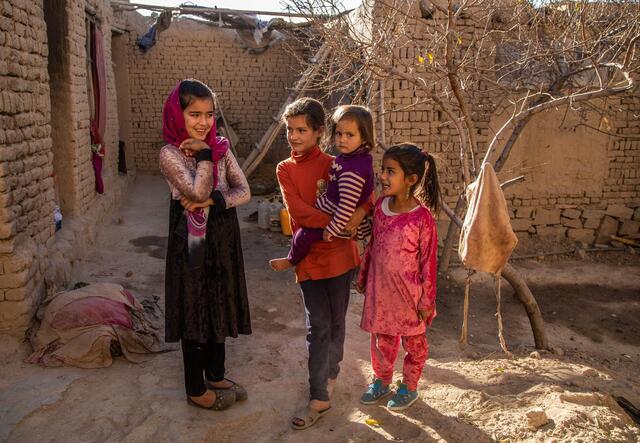 Children play outside their temporary home in Kabul, Afghanistan after their mother received a cash distribution from the IRC.
Photo: Kellie Ryan/IRC

The IRC in Afghanistan

The IRC began responding in Afghanistan in 1988, and now works in thousands of villages across nine provinces, with Afghans making up more than 99 percent of IRC staff in the country. We provide education, protection, water and sanitation, and economic recovery programs.