After leaving her home, a Chadian mother finds new hope

“My village was a haven of peace,” says Kaltouma. “There was sand, palm trees, an enchanting landscape. My day would start with a beautiful sunny morning, followed by fishing and field work, and we’d gather for a family meal in the evening.” 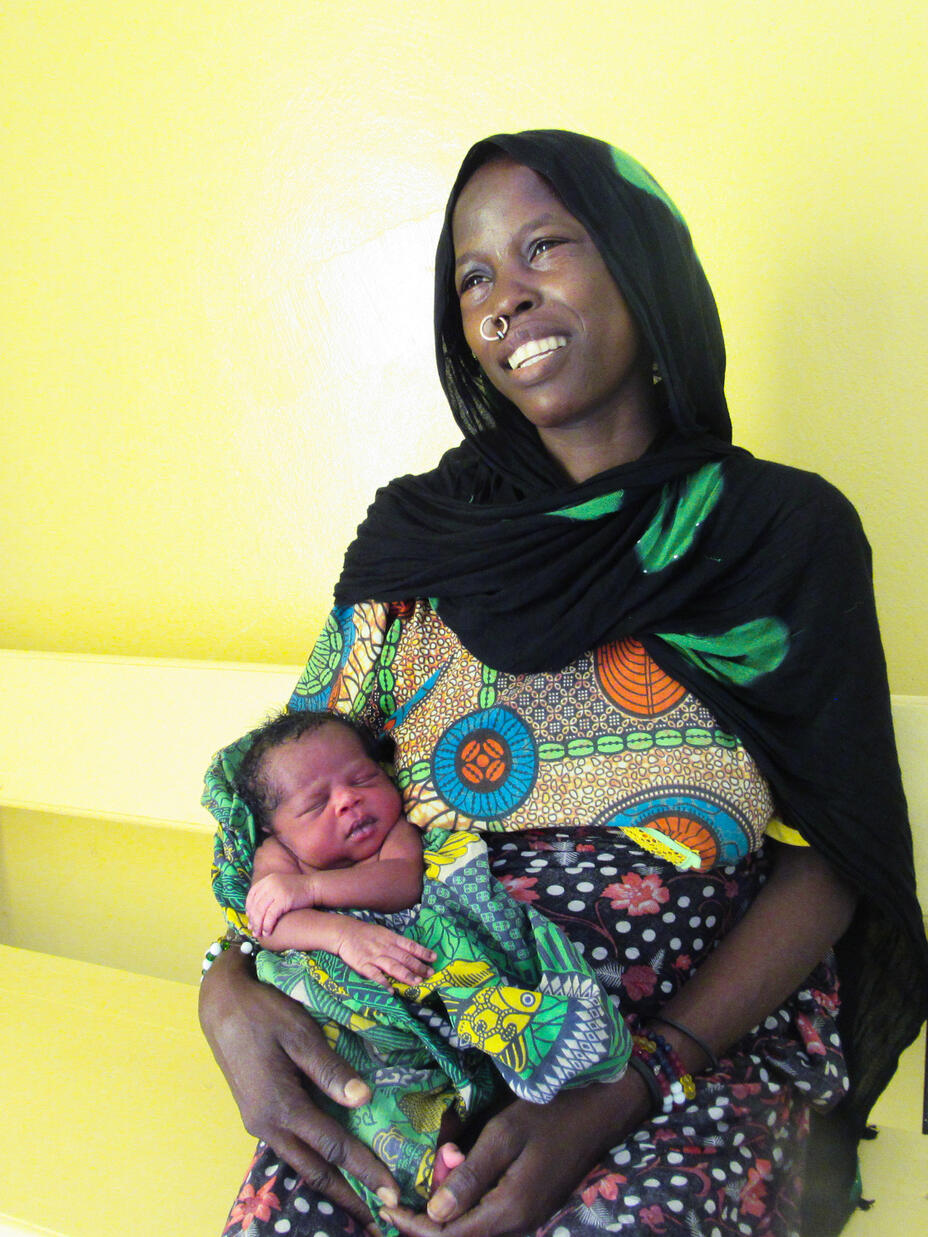 30-year old Kaltouma, a mother to four children - the youngest being a newborn - fled from her village in Lake Chad five years ago. Now living in a camp with other internally displaced Chadians in the Lake Chad area, located in the west of the country, she reminisces about her home.

Growing vegetables and rearing cattle on a farm with her husband, Kaltouma recalls the day they left. “I find the word ‘fear' too weak to describe how I felt,” she says, remembering when terrorist groups took control of her village. They intimidated her family and neighbours.

“The terrorists were using my husband’s cattle whenever they wanted meat, and he kept silent to protect us,” she explains. “I had just gotten married, and it was out of the question for my children to grow up experiencing this terror.” 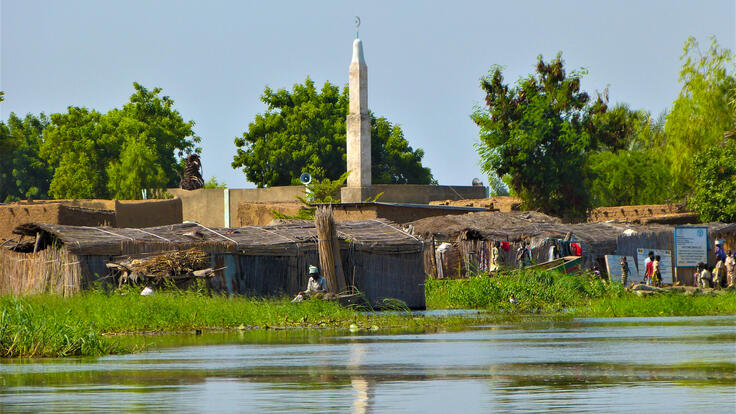 Together with her husband, Kaltouma managed to escape in the middle of the night with their remaining possessions and arrived at a camp in the Lake Chad area, where other displaced families sought shelter.

Like many Chadian mothers who’ve had to leave their homes, Kaltouma was thrust into an unstable situation and forced to live in a displacement camp. Facing a lack of access to nutritious food, adequate health services, and opportunities for her children to go to school, her life was suddenly upended. The outbreak of the COVID-19 pandemic in Chad only served to further limit her life by restricting her movement. On top of all this, Kaltouma then found out she was pregnant with her fourth child.

With the support of the EU, the IRC runs a clinic where pregnant mums like Kaltouma can receive regular check-ups and support from midwives to have a safe birth. One of those midwives is 33-year-old Josiane who was there to support Kaltouma at a time when she needed it the most. 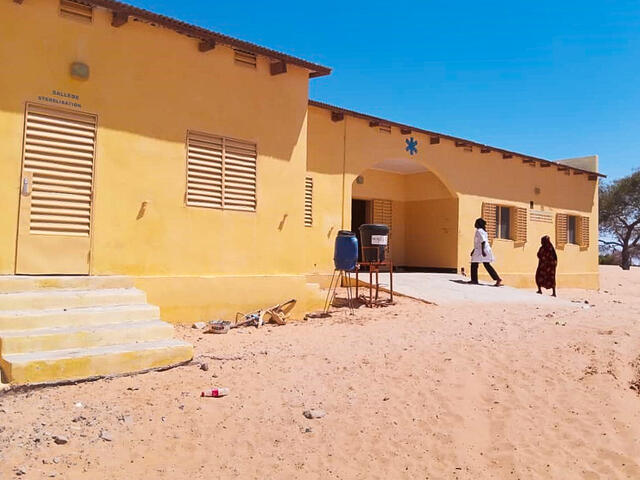 Kaltouma was admitted to the IRC’s EU-funded health centre when she was pregnant, and diagnosed with anemia and severe malaria. Many pregnant mothers living in camps are at risk of developing similar issues.

“I thought I was going to die or lose my child, but the IRC staff helped us survive. They made me smile again,” says Kaltouma.

“The conditions for women in these camps are appalling,” Josiane explains. “Besides common health issues such as anaemia and sexually transmitted diseases, the weight of tradition on them is heavy. Their decision-making is often contested, and their rights are violated.” 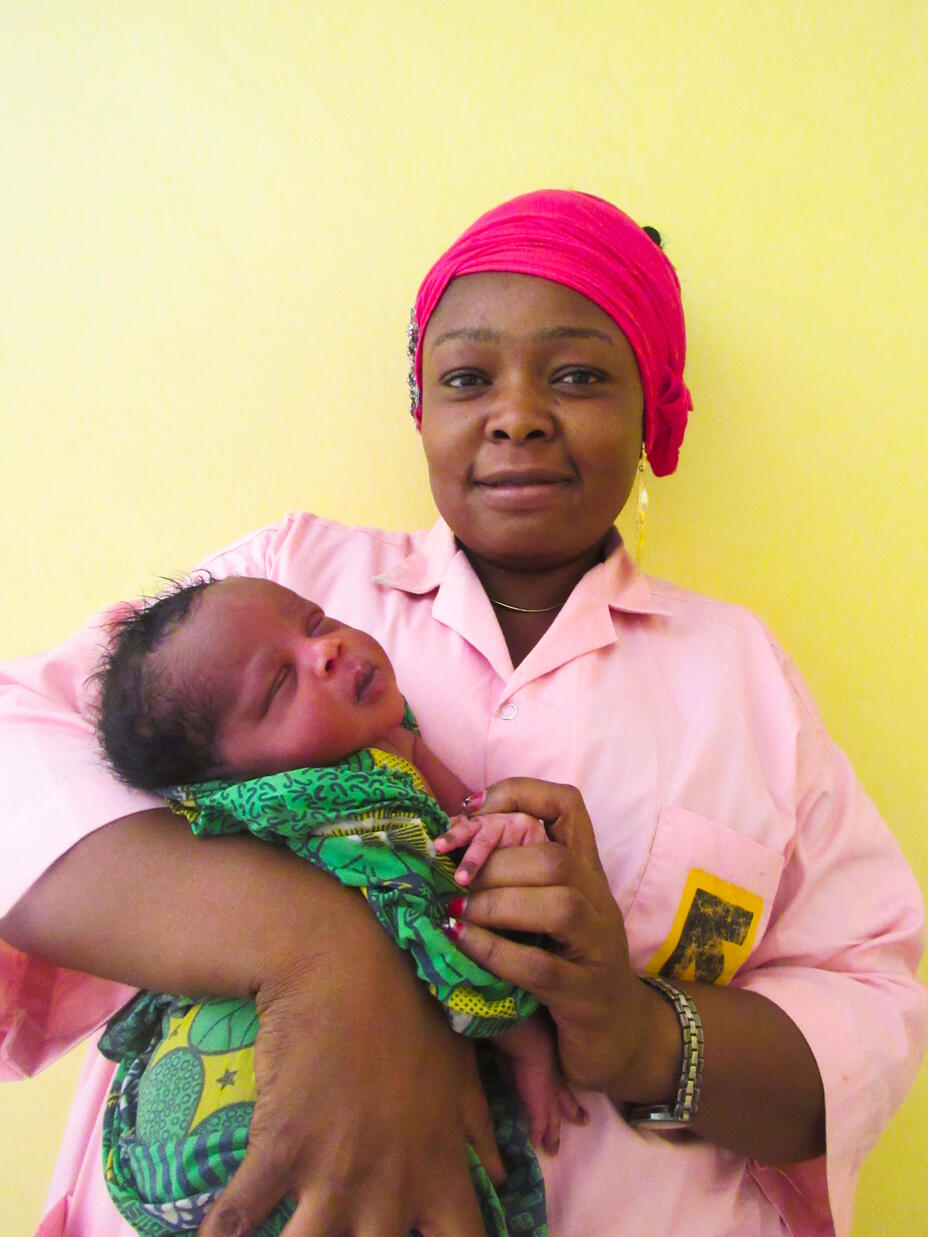 The love of seeing the women she helps smile and ensuring their well-being is what keeps Josiane motivated.

But facing a highly unpredictable security situation and the ever-present threat of attack does not deter her from working for the betterment of women like Kaltouma. “The happiness of mothers and their babies is a gift,” she says with a smile.

Through all the challenges she faces as a woman in Chad working in the camps, Josiane draws her strength from the people she helps. “There is nothing more rewarding than seeing happiness in the eyes of a woman who has given birth, and who is confident in having quality care,” she says. 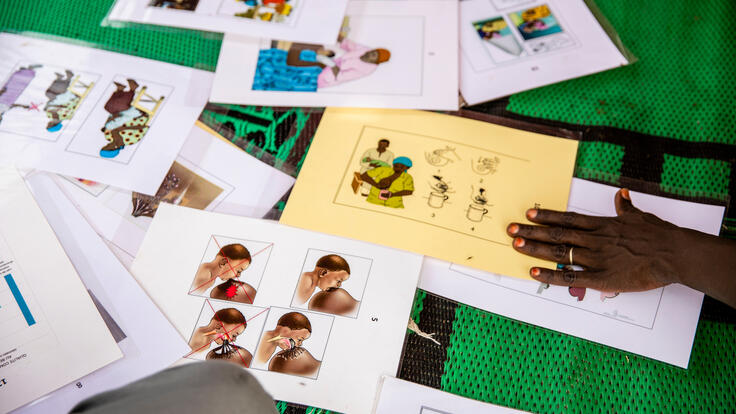 Apart from personalised healthcare, the IRC also runs sessions with mothers from communities to increase awareness around essential family practices to keep themselves and their babies healthy.

Her efforts are not lost on Kaltouma. “Their help meant a lot to me,” she says. “It made me realise that solidarity still exists.”

Both women hope for peace to return to Chad and for the people in their communities to live without fear. “My hope for the community in the Lake Chad area is that it regains its zest for life,” says Josiane. “We dare to believe that peace and stability will one day be found.”

I survive because my children give me strength.

Kaltouma shares these sentiments, and dreams of a future where her children will flourish. “I survive because my children give me strength,” she says, looking lovingly over her baby. “I could face anything if it meant ensuring their happiness. The laughter of my children, the tranquility of my village, and the happiness of being with family - that’s the future I dream of.”