In Yemen after four years of war, nearly 80 percent of the population is in need of aid. But it’s women who have been hit hardest by the conflict.

Even before the war, Yemen was one of the toughest places to be female. A deeply ingrained patriarchy means many women and girls cannot access their family’s finances, make decisions for the household, or even move about freely. They have limited access to education, livelihoods and women’s health services.

Since 2006 Yemen has ranked last in the World Economic Forum Gender Gap Index, and in 2017 the country was listed the worst place in the world to be a woman. Here are four ways the conflict in Yemen has impacted the lives of women and girls: 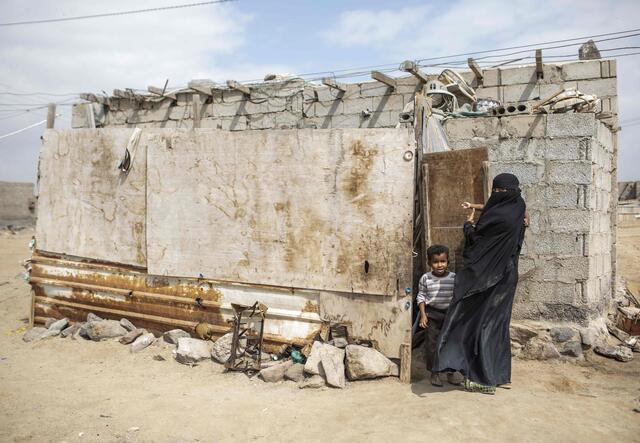 1. The war has intensified violence against women.

Before the war, violence against women and girls in Yemen was widespread. The conflict worsened the situation—with assaults and abuse targeting women increasing 63 percent, according to the United Nations. International Rescue Committee teams working in Yemen have found that adolescent girls are among the most vulnerable Yemenis, as are women who are unmarried, divorced or heads of households.

In a patriarchal society like Yemen, men are viewed as providing a “protective layer” for families. Without such protection, women are exposed to physical attacks and sexual harassment. With the crisis disrupting water systems and local markets, women face increased danger as they collect supplies for their families or travel greater distances to access basic services.

Nor are women safe at home: In Yemen, the stress of daily life amid conflict and economic collapse—as well as a shift in gender roles as women seek work outside the home to help support their families—has led to a sharp increase in domestic violence.

Some three million women and girls in Yemen are at risk of gender-based violence. There is, however, no legislation that specifically protects them.

Perpetrators are allowed to act with impunity—and survivors of sexual violence and abuse have limited access to specialised health care and counselling. And because humanitarian organisations responding to the crisis are focused on providing lifesaving aid, many are not prioritising these vulnerable survivors’ needs. 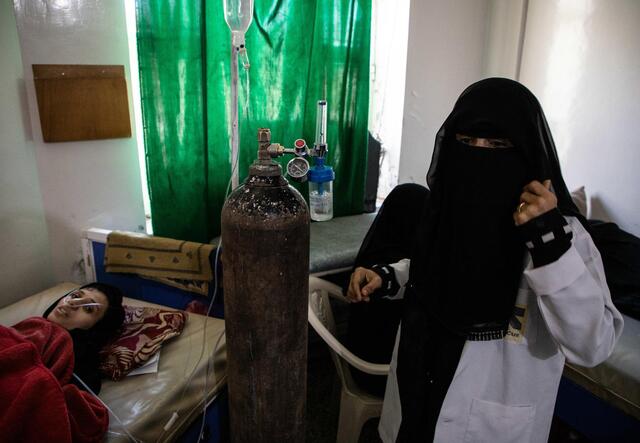 2. Women and children are being starved.

Before the war, Yemen was already one of the world’s poorest countries, with acute levels of hunger. Now it is teetering on the edge of famine. Economic crisis, collapse of basic services, reduced imports of food and fuel, and dwindling food production have created staggering levels of malnutrition. The conflict has destroyed health, water and sanitation services.

At present, 1.8 million children and 1.1 million pregnant women and new mothers are acutely malnourished. The country’s health system is struggling to cope, with the situation likely to get far worse. Women don’t have access to the specialized care they need. Even giving birth puts a woman at “extreme risk,” according to the United Nations. 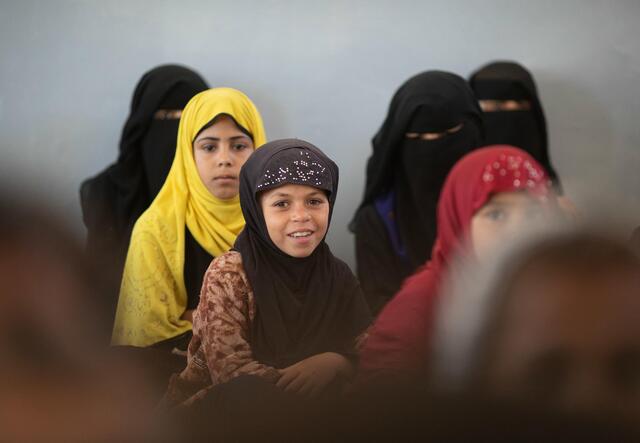 3. Girls are unable to go to school.

More than two million children in Yemen have lost access to education because of the war. Schools have been destroyed. Teachers who do not receive their salaries regularly have left to seek other opportunities. And children have been forced by their families’ worsening economic situation to drop out and find work.

The conflict also has reversed two decades of progress on increasing girls’ access to education. A proposed law setting 18 as the minimum age for marriage and for girls to remain in school has been abandoned.

With the war pushing families deeper into poverty, parents are increasingly marrying off their daughters early. Forced and early marriage of girls, common before the conflict, has tripled in the last four years. 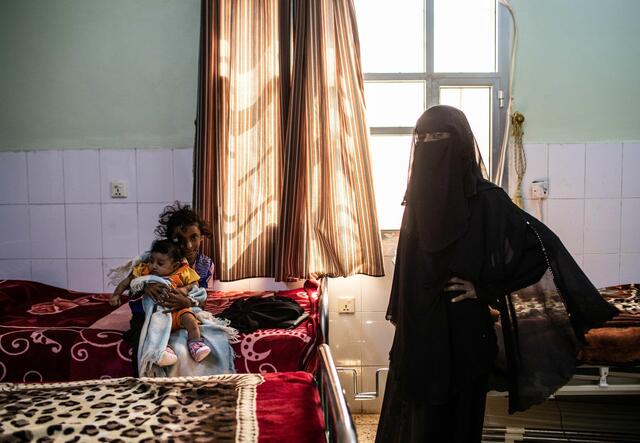 4. Women are part of the solution.

Before the war, women were becoming involved in the country’s political processes, securing their recognition as equal citizens and independent individuals. Even though they have paid the heaviest price during the war, they have been playing a critical role in peace building within their communities. Yet they have been underrepresented in peace talks like the ones held in Sweden in December that resulted in a ceasefire agreement for the vital port city of Hodeidah.

This conflict has no military solution, only a diplomatic one. Yemenis cannot wait: Both sides must lift all restrictions to humanitarian access while world leaders deliver on aid commitments. Addressing these restrictions and ending the suffering in Yemen should be a priority at the next round of peace talks—and women should have seats at the table.

The IRC first began assisting people in Yemen in 2012. Today we provide lifesaving emergency aid, clean water and medical care to millions of Yemenis affected by violent conflict and the growing health crisis. 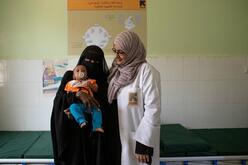 Read our report: Protection, participation and potential: women and girls in Yemen’s war.