Anyone who’s met Lalla can confirm: she lights up the room with her smile alone.

Lalla is 40 years old, and a mother to six children. She and her family were forced to flee their home village and move to the outskirts of Ménaka, a town in the southeast of Mali. “This is where we live,” says Lalla, pointing to where she and her family currently reside —  propped up on wooden sticks is a large piece of fabric, a makeshift tent she currently calls home.

Ever since 2012, Mali has been rife with armed conflict and political instability. Outbreaks of violence are frequent and unpredictable, causing countless Malians to be displaced repeatedly. Moreover, the country is facing the worst food insecurity it has seen in ten years, with over 7.5 million people — more than a third of Mali’s population — dependent on humanitarian aid. 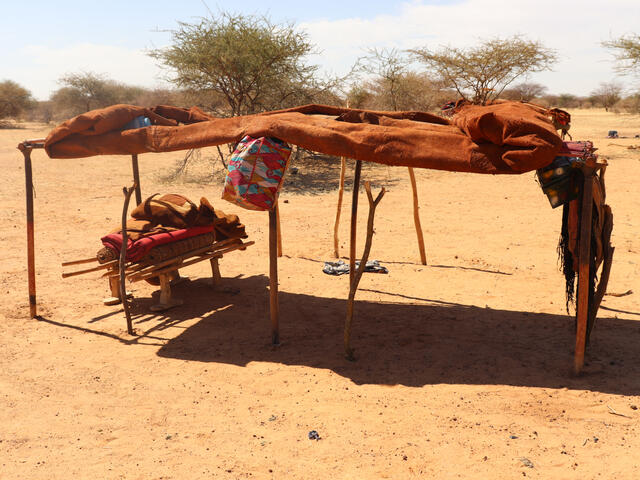 In the outskirts of Ménaka, Southeast Mali, 40 year-old Lalla and her family have set up a tent to shield them from the scorching sun on hot days. They live here as long as they cannot return to their home.
Photo: Mohamed Idal El Alansary/IRC

Through all the laughter and smiles that she is known for, one would never suspect that Lalla has seen horrendous things happen to her neighbours – and to those she calls family. “We lived a quiet life in our village,” she explains. “We didn’t have much, but we had enough and we were happy. And then, one morning, armed men burst into our village and killed our livestock. They took the lives of many men from our village — including my father.”

Lalla and her family were shortly displaced due to on-going conflict in their village. With no income and only the bare minimum of basic supplies to provide for themselves, they decided to settle on the outskirts of Ménaka. This support has been vital for them in meeting their basic needs.

Through support from the European Union (EU), the International Rescue Committee has been able to provide life-saving assistance — including food, health kits, and other basic commodities — in the most crisis-affected regions of Mali.

“One day, staff members from the IRC came to us and asked about what we needed. Soon after, we received money to support ourselves, handwashing materials, and cooking items,” Lalla says, recalling the first time she came into contact with the IRC. 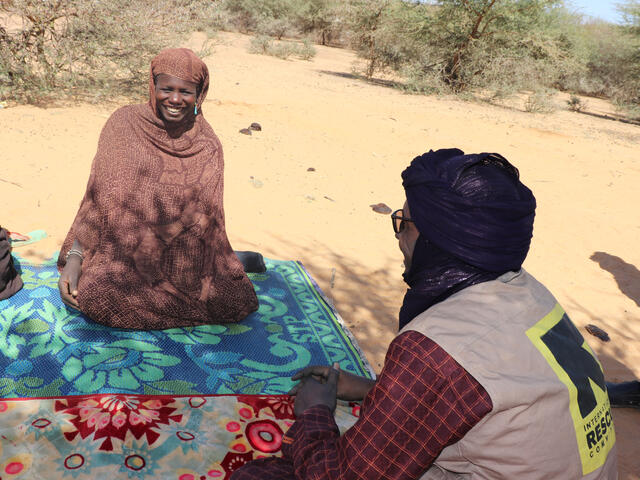 To ensure that Lalla and her family receive the support they need, IRC staff members continuously keep in contact with them and inquire about their current living conditions.
Photo: Mohamed Idal El Alansary/IRC

“I was so thankful because my family and I didn’t feel alone anymore. There were people who cared about our well-being,” Lalla says, smiling widely.

“I used to feel this immense pain when I dwelled on what happened to my village, our home, and my family. “ she continues. “But as time went by, I tried my best to focus more on what I do have instead of what I have lost.”

My family and I didn’t feel alone anymore. There were people who cared about our well-being.

Being able to see the bright side of things, even in the darkest of times, is a quality Lalla wishes to pass on to her children. One of her greatest fears is if they ever lost hope completely. “I know that my children look up to me,” she says, looking lovingly over at her children playing. “For this reason, I want to be a role model to them, I don’t ever want them to lose hope for a better future.” 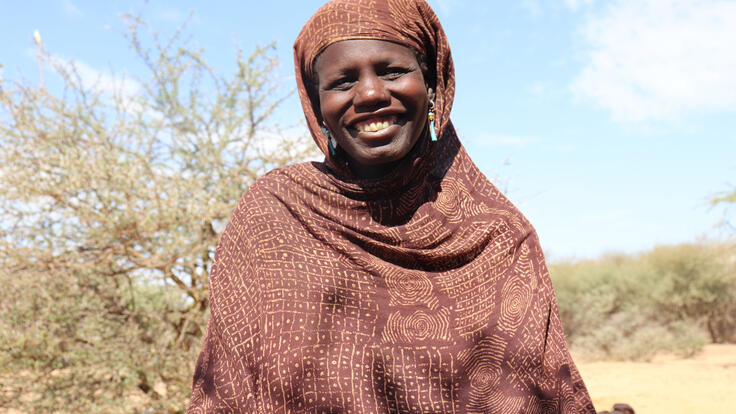 Through everything she does, Lalla wants to be a role model to her children.
Photo: Mohamed Idal El Alansary/IRC

It’s clear that through all the trials she’s gone through, Lalla’s smile has preserved, and shines as brightly as ever. “At the end of the day, I want the world to know that we do not want or need to be pitied,” she says, determination blazing behind her words. “Even through everything we have to endure, we Malians do not cave, and we will never stop smiling.”