The New Pact on Migration and Asylum: One year on, a fair and humane asylum system is needed more than ever

One year ago, on 23 September 2020, the European Commission presented its New Pact on Migration and Asylum - a complex package of reforms intended to mark “a fresh start” for EU asylum and migration policy.

The IRC had called for the Pact to protect people on the move by delivering a more fair and humane policy framework. However, when the Pact was published it became clear that its proposals fell short of realising this ambition. Instead, they risk entrenching rather than reversing the worst aspects of existing asylum policies across Europe.

Since the Pact was presented in September 2020, negotiations have remained largely deadlocked and progress has still not been reached on vital issues, such as the establishment of a fair system for EU states to share responsibility for new arrivals at EU borders.

One year on, the urgency of a fair and humane migration and asylum policy in Europe has only become clearer.

We wanted to raise our children here, but we cannot do it because we are in a camp. We only get about 250 euros per month for all our family, and that money is not enough for us to live.

If the EU is to have a fair and effective asylum system, the priority for EU institutions and member states must be to address the worrying backsliding in asylum policies or access to safe pathways to Europe. As negotiations on the New Pact on Migration and Asylum progress, there are some key lessons that the European Parliament, the Council, and the European Commission can draw to reverse this trend and put the EU’s values at the heart of its migration and asylum policies.

The IRC has five key priorities for negotiations on the New Pact:

As the situation on the Greek islands and elsewhere has starkly illustrated, hosting asylum seekers in processing centres and camps for long periods of time and in undignified living conditions have dire mental health consequences. One year on from the tragic fires in the Moria camp, over 3,000 people remain trapped in the Mavrovouni camp, with insufficient lighting, electricity, medical care, shelter, or protection from the cold or flooding in the winter.

These striking failures to provide people with adequate reception are not only vastly detrimental to their health, including mental health. They also create barriers to refugees’ interaction and coexistence with local communities and their eventual contributions to European societies, counter to the spirit of the EU’s recent Action Plan on Integration and Inclusion, while undermining their ability to effectively exercise their right to asylum. EU policymakers have rightly recognised the failure of this approach, pledging last September that there will be “no more Morias” in Europe.

Yet, despite these commitments, the proposals of the New Pact risk replicating this model across other EU border states, notably through the introduction of mandatory screening and border procedures during which people may be trapped in undignified, detention-like conditions. Also worryingly, the Pact proposals suggest that people subject to screening or border procedures would not be regarded as having entered the EU territory for their duration, leaving them in a legal grey zone with reduced access to rights. In Samos, a new EU-funded closed reception centre was inaugurated on 18 September, with similar facilities planned for the other islands, and possibly replicated across Europe. While improving basic shelter conditions, the new facilities reinforce the containment focus of accommodation on the Greek islands. The centre amounts to de-facto detention, involves barbed wire and advanced surveillance, isolates people from the local community, and is already exacerbating the fear and uncertainty of asylum seekers on the islands. 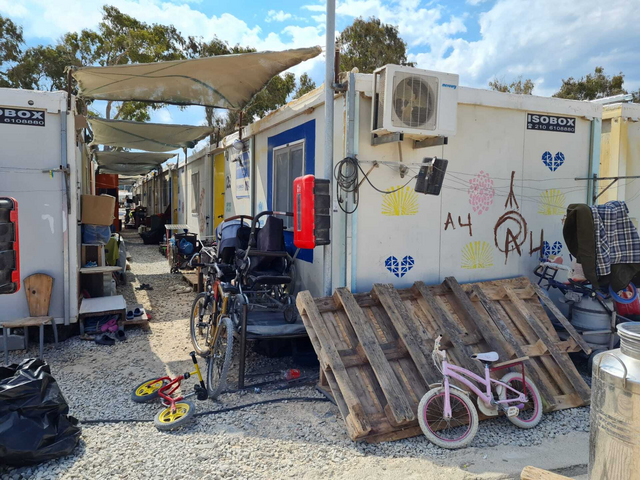 A year since the Mavrovouni reception centre on the island of Lesvos was established, people trapped there continue to face undignified, cramped living conditions - September 2021

2. Establish a fair and sustainable system to share responsibility for all people seeking international protection in Europe, centred on relocations.

In a Union that takes pride in solidarity as a founding value, geography alone should not determine responsibility for processing new arrivals. The current Dublin III Regulation continues to place the predominant responsibility for examining an asylum application with countries of first arrival. This places EU border states – such as Greece, Spain and Italy – under considerable pressure, creating mounting frustration, and undermining their willingness and capacity to welcome people in need of protection. So long as a concrete and predictable solidarity mechanism is not in place, it will remain a challenge to ensure EU border states’ compliance with EU asylum and reception legislation, and to foster the integration of asylum seekers and refugees within their borders.

The New Pact proposals stop short of providing such a system. They provide only limited mandatory solidarity mechanisms (applying only in times of ‘migratory pressure’ or disembarkation after a search and rescue mission), and introduce several elements of flexibility in how solidarity can be expressed. For example, the possible kinds of solidarity would also include financial or operational support, or ‘return sponsorships’ – by which states could support returns of people whose asylum applications were rejected as a form of solidarity, including by transferring them to their territory after 8 months.

Given the fact that other proposals impose greater responsibilities on EU border states, such as mandatory screening and border procedures, the primary impact of the New Pact package of proposals may be to increase rather than reduce the responsibilities of countries of first arrival.

3. Prioritise the establishment of a strengthened independent border monitoring mechanism, to put an end to pushbacks and border abuses across the EU.

While states have a right to control their borders, measures must fully respect fundamental rights and access to asylum for those in need, no matter how they entered the territory. However, serious violations of the right to asylum, including pushbacks, continue to be documented across European borders. These make it critical to establish an independent border monitoring mechanism to investigate allegations of fundamental rights violations at borders, and the Commission’s inclusion of this proposal within the Pact is greatly welcome. However, to be an effective monitoring instrument, it will need to be strengthened.

In order to access their shelters, many living in Mavrovouni are forced to cross open sewers which carry waste from the camp’s toilet facilities - September 2021

4. Place refugee protection and humanitarian principles at the centre of the EU’s external action, in response to growing humanitarian needs.

In response to rising global humanitarian needs and forced displacement, the EU will need to step up as a humanitarian actor and place protection and global responsibility-sharing at the centre of its partnerships with non-EU countries. While the Pact’s emphasis on strengthened cooperation with countries of origin and transit is welcome, this is regrettably framed from a containment and deterrence angle, with a strong focus on preventing people from reaching safety in Europe.

For example, the Pact seems to point to a continuation of policies to use development aid to stem migration flows to Europe, by making aid conditional on partner countries’ cooperation on returns or border management. Failure to allocate official development aid could hinder essential progress in these countries and divert funds away from the states where it is needed most. Going forward, EU institutions and member states must dedicate a greater focus to ensuring people on the move are safe from harm, including by expanding safe and legal pathways to protection. 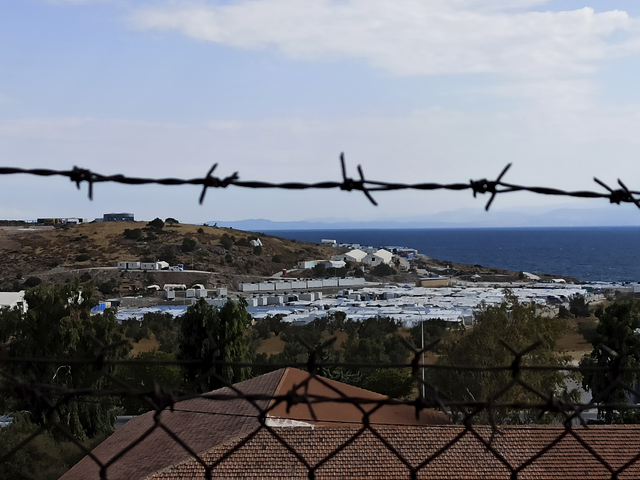 Mavrovouni reception centre on the island of Lesvos is situated on the coastline and fiercely exposed to the elements - prone to flooding in the winter, and without any trees to shelter from the scorching summer heat - September 2021

5. In the absence of an agreement on the New Pact on Migration and Asylum, ensure that existing obligations to offer asylum, reception and integration are upheld.

In recent weeks, states and EU officials have pointed to the humanitarian emergency in Afghanistan as proof of the urgency of an agreement on the New Pact. While negotiations should advance, leaders should not use this deadlock as an excuse to neglect existing international and EU law, or to rush through those elements of the New Pact that may recreate the same problems and bottlenecks for EU asylum systems. Likewise, if implementation problems are not effectively addressed now, it may prove equally challenging to uphold the new legislation in practice, once it is agreed.

Share our tweet to join our call for the EU to create a New Pact that truly protects:

Today marks a year since @EU_Commission launched its #MigrationEU Pact.

This was a chance to build a system that truly protects.

Yet, progress remains slow & the EU's new reception centres in Greece are a "step in the wrong direction".